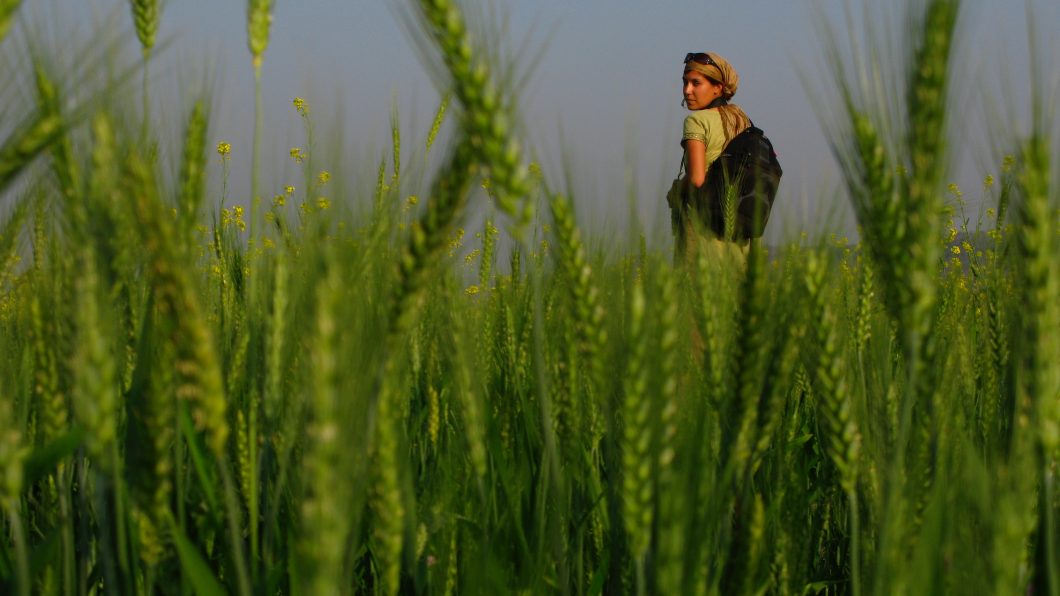 Confession of an Armed Robbery Victim

Stina was my hostel hammock neighbor. She and I exchanged introductions in the morning over shared banana bread and it was quickly decided that we would motivate our hammock-numbed bums to go see a “legendary” 7-tier waterfall called “The Seven Altars”. We pulled out the lonely planet guide and read, “a beautiful, serene and safe 1-hour hike along the beach to one of the most magical spots in Guatemala”. We stopped at a tour agency in town and I inquired as to if the trail was indeed safe or if a guide was needed. “Completely safe” the agent told me and she pointed on a map where to start the walk. We ran into a guide I had met the night before on our way down to the beach….”It’s safe right?”, I asked again. He waved us off with a smile….”totally safe…no worries.” We threw some snacks and bottled water in our bags and made our way to the ocean. Within an hour, we had reached the end of the beach. We had been told to look for a path into the jungle, and that 15 minutes along it we would find our magical waterfall. Well, we found two paths, one leading up….and one leading down. We opted for up and 15 minutes along the path we found the awe-inspiring “Seven Altars of Mud and Mosquitos”. Whoops. No one had told us that in the dry season there wasn’t actually any WATER in this FALL, but rather just dried out ponds floating under fluffy clouds of mosquito-mating-heaven. BUT the smell of a heated and wet jungle happens to be my favorite, and in combination with the snow-like fall of white seeds from a particularly interesting tree in it’s own season of heat, was enough to arouse my attention and interest for a good hour. After the mosquitos had eaten their full of our blood and we were craving a lunch of our own, we decided to make our way back. We ran into two young American girls with a local guide on our way out. We exchanged hellos, made dates for evening drinks and progressed DOWN the *other* trail that they had taken.

Five minutes down this trail I glanced up from the rock and tumble and saw two men with guns running down the trail that we had climbed an hour earlier.

My heart stopped. (My heart stops right now as I write this.) When it chose to beat again, it did so at double pace. My stomach dropped with nausea.

*Robbery. Rape. Rape. Robbery. This is how it happens. I’m going to be robbed. I might be raped. This is happening. Look around. What am I going to do. What are my options.*

My thoughts are rather sane and calm and I’m astounded at this fact. I look around. Ocean. Small path over rock. I realize the men were waiting to jump us on the path that we took earlier, and are running to catch up with us as we foiled their initial plan by changing routes. Stina sees the men, but she doesn’t realize what’s going on. I stop her from walking and I look the men in the eyes as they approach. They stop five feet away and the one in front half-smiles and waves us forward…

For one second, my heart eases at the idea that this JUST might be some type of police. After all, we see men with big guns every single day, strolling the streets, in pick-up trucks, outside of every bar…..

He raises the rifle up and points it at us as we pass.

We stop. So does my heart.

He motions with his rifle towards my bag.

*$500 dollar digital camera. Gone. He won’t have any idea how to use it. It can’t be used without the parts I have in my room. What a waste. How do you say that in Spanish? Rape. Where can we run?*

He pulls out the camera and turns it over a few times. He takes out the money. He takes the pocket knife. He hands me back my bag. He motions his gun towards me again. Towards my pants.

My mind screams for two seconds before he motions again….towards my pockets. I understand. I pull them inside out and show them they are empty. The skinny man empties the bag and pockets of Stina.

The first man motions for us to walk. We walk.

There is a man with a gun pointed at my back. I walk.

We walk. We don’t turn around. We walk fast. And then, we run.

We reach the beach and stop three pairs of travelers on their way….we tell them what happened. It’s almost like they don’t believe us…or like they don’t WANT to believe us. None of them want to walk back an hour without seeing the altars. They all have to sit down to think about it. As if there is a decision to be made? It’s shocking to me.

Stina and I stop at the nearest restaurant on the beach. The waiters see it in our eyes. We try to tell them the story in my limited Spanish while they call the police, but it’s useless, both our Spanish and calling the police. We find ourselves ACTING out the scenario…and it’s SO silly, we break out in hysterics. We laugh. We laugh until we cry. After our laughing fit, the waiter offers me a cigarette. I don’t smoke, but I take it and stare at my shaking hand. The police never answer the phone, so we leave. On our way back to town we see a motorized cart with three men in police uniform. We chase them down the street and try to tell them what happened. They take us to the “station”, a small open-aired room with a desk and a note pad. One officer sits at the desk. Two stand at the door asking us questions. Stina speaks no Spanish. I try and end up resorting to my game of charades, but it’s not their game, so I give a shot at Pictionary instead. I grab the note pad. I draw stick girls walking on the beach, on the trail, at the altars, and walking back. I draw stick men with guns. I make small sound effects as the stick men run down the path toward the stick girls. I draw stick machetes and a stick man with a stick mustache and stick boots.

They ask me my mother’s name. And my mother’s maiden name. And my father’s name. An officer takes the blank note pad and writes, “Victim, daughter of Mr and Mrs….”. I’m baffled as to what my parents have to do with this, but just shake my head and laugh again. There are eight policemen now. They pass around my stick men drawings, chatter and laugh. Then they tell us to go home and pick up the report in the morning.

It isn’t until we return to our hostel that we remember the American girls that we met at the altars. We find them sitting on the stairs of our hostel. Their shoes and bags are gone. They have cuts and scratches all over their hands, arms and legs. They tell us that as soon as we left, three men with rifles and ski masks on, jumped them. The armed men told the local guide to stand up. They told him they were going to kill him. He stood up. And he ran. And then, they too, turned and ran. Through the jungle. They left everything. They had heard gun shots later and had been worried mad about us.

So that`s the story. I’ve summed it up into five sentences at least a hundred times since that day, each time with a laugh or a no-big-deal air. People ask me where my digital camera is and I tell them I donated it to the black market or gave it away to a nice man I met in the jungle who had a gun. But my ease and humor with the events of that day are false. This is my confession.

When I arrived in Guatemala ten months ago, I had read all the Embassy warnings. I excused most of them as over-exaggerations on the part of the media and rationalized with, “Nothing`s fun if there isn’t a risk involved!”. I tromped through my travels with a pair of sun glasses, courtesy of American society, that painted the world school-bus-yellow, the color of that seemingly impenetrable sense of security I was raised to believe in.

Sometimes when I see those glasses on other fresh travelers, I don`t know which I do more…. resent them or long to wear them again. But those glasses came off that day in the jungle. Those glasses were thrown in the garbage can in the following eight months when I heard dozens of other first hand tales of gun and knife point robberies. Those glasses were pulled from the garbage can and cracked in half when I witnessed the before and after face of a rape victim. And those glasses were cried over when a friend was murdered in a robbery so like my own that it raised an entire set of questions I’m still trying to answer. I see my old confidence in others’ eyes. And I want it back. I want to NOT have to take a taxi for a few blocks because the street is dark. I want NOT to have to skip out on a hike because there have been reported attacks recently. I want NOT to cross streets to avoid suspicious cars or persons. I want NOT to second-guess a person or car in trouble. I want NOT to doubt the intentions of a person’s hospitality.

But more that I do not want those things, I do not want to walk away from my experience without accepting my lesson. And my lesson was to find that delicate balance between safety and adventure. Awareness comes at a price. And honestly, I know that my price was small. I`ve heard my story a dozen times with terrible endings, with the ending that my mind was so silently screaming in my head that day in the jungle. My price was only an expensive camera, some cash and a pair of yellow-tinted, American-made false-sense-of-security-sunglasses. Those things add up to a penny compared to the value of my life and health. I like to think that the swap from sunglasses to bi-focals hasn’t hindered my passion for travel, but only expanded my peripheral vision, for there are a lot of things still in this world that I intend to see. Meanwhile and moving forward, I will just continue to walk this tight-rope of safety and adventure, learning through experience, how to find my balance.

(For those planning on traveling Guatemala, I HIGHLY recommend heeding these precautions. From my experience, they are right-on the mark.)