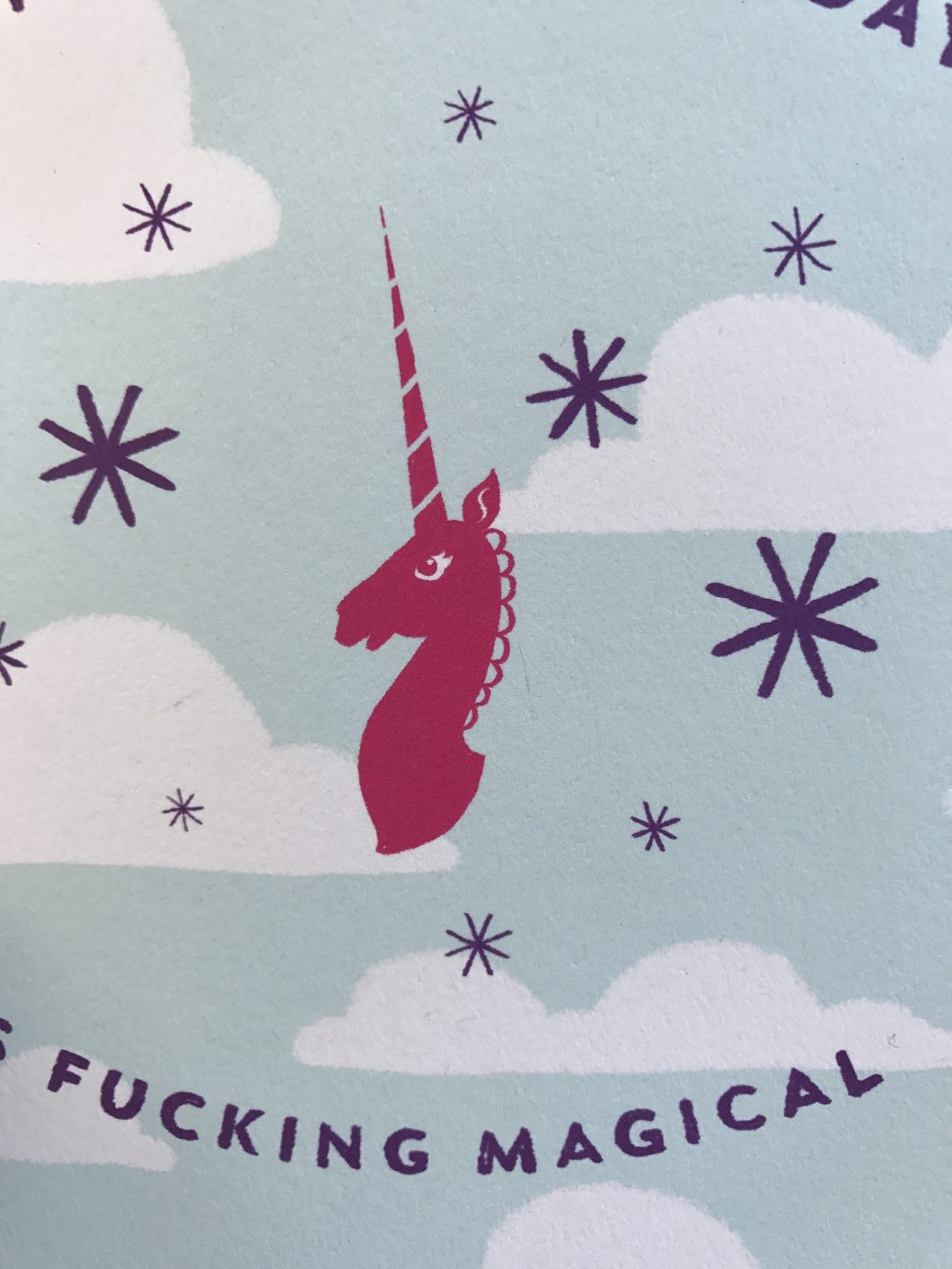 Yep, I’m going to steal that apt title right hear and now. As what we have in common seems, pound for pound, more than a man, and at least as strong as a wedding band. Though you each come from different times, places, eras, and phases, the common life threads seem to be that of laughter, tears, and trials. And squat peeing. I think I’ve seen you each squat pee.

My father used to kick around the house with a special furor whenever my mom was out of town, “on one of her witch gatherings.” If he had respected, even only in title, the reunions of my mother and her best women friends, I’m not sure the notion of that illustrious circle (of cackling) would be as darkly enticing to me as it is today. So I’m thankful that my mother salted my path with a respect for the collective feminine power. And that my father peppered it with black cat magic. Because, how isn’t it?

Last night I went to bed at 8:30, despite the invitations and expectations of neighboring hotel guests and their best intentions. There are truly too many invitations, expectations and intentions in this life. So part of my 40’s theme will be to do, “whatever-the-fuck-I-always-wanted.” I know my swearing is unbecoming (mom, mom-in-law, et. al). Maybe a theme of my 50’s will be apologizing for the unbecomingness of my 40’s. (Although I sense another direction of the trend that ends in purple hats). ANYWAY. I went to bed early. And I was restless in discomfort. Certainly contributing to my nausea was the “floating” bed perched over an ocean cliff in a wall-less thatched hut. With the encroaching tide, the muted sound of peaceful undulation turned to a wild beating on the rock walls underneath. Did I know it was possible to sleep too-close to the ocean? When a cloud of cigarette smoke and reggae rose from the commons and passed momentarily through my perched cabana, my insides coiled and suddenly struck with a, “What the fuck am I doing here!?” Like that lucid moment right before you wake yourself from dream-wandering the halls of your primary school; except I couldn’t shake myself awake. I was forced to toss and turn for hours in old memories and threadbare sheets, wondering, how does this all fit? These old travel shoes with these new squinty eyes? Recollections, hidden dusty-deep in the archives of cranial folds, levitated right off the shelves to taunt me in the way sleepless nights only do. The power in solo travel is at least partly attributed to the muscle earned in direct combat with the loneliness found inside of it. But with my meditation-muscles weakened by an existence in which children and to-do lists clobber any quickening of stillness — in that bed, in that hut, I felt alone. Deathbed alone.

I woke up in the pre-dawn darkness (because apparently that is a theme of age too; getting up before the sun). I sat up. And everything was okay. It just was. The tide had gone out and left behind only a smooth and shimmering sand canvas. I percolated coffee, arranged the chairs on my deck and added to my “benefits of travelling alone” list:

With the sunrise pulling through the palms, I dumped out the cascading rainbow stack of envelopes addressed to Liz  and handed to me by Katie. Marveling at the pile, I knew it had something to do with my fresh inner calm. 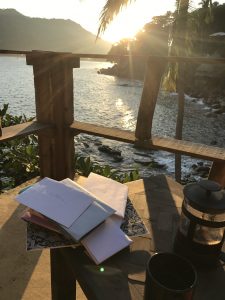 With each letter, each sister body summoned, my small palapa deck grew more crowded. Till some of you perched on the rails and roof. And those of you inclined toward hanging from the rafters (you know who you are), did. A boisterous crowd, the all of you! Holding up my heart, as you have witnessed it, from angles I forgot about, or did not see. It was truly a fitting surprise birthday party.

My immediate inclination was to call, text, write you each, but something about that cheats the solitary confinement I sought with this excursion. So instead you get this letter, which warms up my fingers for the grasping of the ethereal I’m here to do. Please accept my shouting-capital-lettered, THANK YOU FOR THE PARTY you threw on my deck and the confetti and champagne you popped in my heart. From deathbed loneliness to an ecstatic afterlife reunion you pulled me through. My week, hence perfect. (Not perfect-perfect; that shit doesn’t exist. But not-perfect perfect. You know what I mean. And if you don’t, you will when you’re 40.)

Many of you, especially those on the other side of 40, encouraged me in your notes to be bold in this new era of being. As an enneagram-3, that can be inherently hard (accustomed to the eternal shape-shifting of suiting the wants of others). Some of you were 40 when you were 20. And I’m excited to stop envying and start emboldening that heart-fired spirit. As I step in, I apologize in advance for the inevitable increase in swearing, my new lack of political politeness, and the no-thank-you’s that I also curiously feel coming. (Yes! I already asked the neighbors to turn the music down and step further away from my hut with their lighters.) It’s good to know what I want. What I don’t want. When I need to retreat. When I need to fight. When I need to Play. Cry. Nap. Defend. Howl. Scream. Sleep. And if that’s isn’t 40’s, I don’t know what is.

Thank you for bringing out my wolf. May we all embolden each other, to rightfully protect and re-summon the soul of the planet, which is undoubtedly, collectively, magically, feminine.

Thank you ladies. For the laughter and the tears and the stories and the sorcery (there is no other word; thank you Dad) of your collective spirit. You have properly ejected me into the long haul second half of life; anointing my next decade with some seriously-magic potion.

I summon a fire ball of love back at you each and sign off with Sarah’s card…. 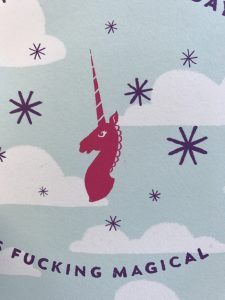