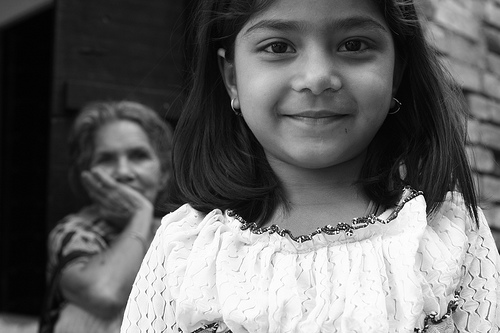 Handing me back the piece of paper with the single word on it, my student says,

Part of the mission of my work (in experiential education) is that of fostering eleven (what we call) “core values” in our students. It’s a tricky agenda because there are no simple equations or lists of instructions with which you can assist students in the tasks of realizing such intangible concepts as, “interconnectedness”, “authenticity” and “compassion.”

In fact, giving the word itself away too directly could even prove itself quite detrimental as it is in the nature of any teenager (or for that matter, inquisitive individual) to be suspicious of anything offered too freely. We also have to be careful of words over-quoted and sometimes, these days, even mass-marketed; any word that has made the tagline of coca-cola has most likely lost everything but its jingle.

So much like the popular party word game Taboo, it is our objective to have the students struggle not only with the answer (that we don’t name), but also the equation. And yes, they hate this game at first; especially because we don’t even tell them we’re playing it. (I’m realizing as I’m typing that this is likely to add a lot of fire to students’ friendly fire accusations that the leader team is, “secretly strategic.”) In any case, now that we are two months into our semester of intensive experiential lessons, we have seen our group, as individuals and a whole, give us easy evidence proving that they are now quite experienced with (even if they cannot name or define) all eleven of our core values. We’re confident that they have harvested all the raw vegetables necessary to put this recipe together.

Back to the student holding the word and prompt with which I started this post. And let me add the disclaimer that it is quite ironical that the student in our group who embraces and exemplifies the quality most doesn’t know that her most natural inclination is the very definition of the word in her hand (adding the final mark of purity to her quality).

Yet I am not going to fault her English teacher or general education for this vocabulary mishap. In fact, I’m going to enter some very dangerous territory and suggest that the responsibility might lie on the broad shoulders of American culture and society. But before anyone calls me a separatist or unpatriotic, please hear me out as I make the case by serving it in compliment-sandwich (a sneaky way to pass to some tough meat). For just as we (group leaders) encourage constructive criticism in our group, I think, as a country, we should also be taking some time to gently and compassionately give and receive the feedback that will evolve us to our highest nation.

With our students, after having them work to discover and define the words, we then asked them to each choose the “core value” that they, deep inside, intuitively know as the next most appropriate step in their personal development.

Now I’m clearly going to take some liberties here and choose a word for the United States of America, of which, if it matters, I am a citizen. And I hope to make the case a little more edible by emphasizing that the States does embrace many of our core values exceptionally well. As a country, we have proven ourselves quite skilled in the categories of, “courage,” “responsibility,” “ownership,” and “curiosity.” And then there are some classes in which we understand the term or goal even if we’re still sorting out which verbs we actually have to put into action to complete the realization of the lesson. But I’m looking for the word that we, deep inside, intuitively know as the next most appropriate step in our country’s personal development.

And the word I choose is Humility.

Now just as my student didn’t know the meaning of this word, I think this term is so far from the mind of American culture that we can barely conceive of a sentence to put it in. But let’s reach for a minute.

(And I know I’m predictable, but…)

Let’s reach across the world to my personal and favorite teacher and Guru-ji of all.

For while India has her own set of core values that are in particular need of development (perhaps actually, even the same that we in the West have mastered), the quality that I have witnessed her culture, society and people to embrace with eloquence and grace, on both conscious and subliminal levels, from sunrise to sunset and from child to great grand parent, is that of Humility.

Modeling by example, let’s work on the definition first.

And instead of words, like a good experiential educator, I am going to use that which I’ve actually witnessed.

I am quite fortunate to be living between six sacred temples near Tulsi Ghat in Varanasi. The sacred pool outside my door is called, Lolark Kund and beside it is a temple dedicated to the planets with which our own is in orbit around the sun. So I need not step father than my doorstep to watch the following: a family approaching the temple, the father kneeling down and touching his forehead to the front step of the entrance, the youngest daughter delicately holding a string of fresh flowers between her hands clasped in the “namaste” of respect, the mother covering her head out of modestly (to the gods) and gently lowering her 4-year old toddler grandson from her hip so that he too can touch his head to the ground.

The family enters and proceeds in their circumambulation of the inside of the temple. They approach the statue of Ganesha, touch his feet, ask for him to give them the wisdom to remove the obstacles from their life, and place a mala of orange carnations around him. They approach the mother goddess Durga, light incense, and ask for her to bless upon them the weapons of her protection. They approach the monkey God Hanuman, offer him his favorite sweets (usually Ladoo), and ask for him to bless them with his unfaltering devotion. They approach Vishnu, bow to his feet, and light a butter lamp praying for the preservation of their good health and prosperity. They approach Shiva, represented by a lingam, offer milk and throw flowers while chanting mantras that might invoke his blessing of finding the fortunate new beginnings within his destruction.

In this way, the family proceeds to each enthroned god, lowering their heads, humbling their beings, bowing their respect, and making offerings to those divine beings and virtues that they host closest to their hearts. When they leave the temple, the dare not turn their back on the Gods, but walk out of the temple backwards, reaching down with their hand to first touch the step, then their forehead, and then their heart — in a symbolic gesture of holding themselves at the feet of their beloved.

Yet this family does not leave their humility in the temple. When the family returns home, they walk in the door and approach the 98-year old great grandmother. Each person — father, mother, daughter, toddler — before any chore or toy, approaches the elder and touches her foot and then their own head to symbolically swipe the sacred dust from her feet. Depending upon her mood, the great grandmother will either accept the gesture or, humbly, push it away. Either way, and even if only for the pangs of labor through which she birthed the existence of this family,
she deserves this show of respect.

The daughter in this family is of the age to marry. Contrary to what you might expect, she does not cry every night wishing she had been born in a Western country where she might have had the opportunity of a “love marriage.” Most likely, if you ask her, she will say that she respects, even more than the Indian tradition, the advice, experience, guidance, and ultimately, the choice of her mate by her parents. She questions her own lack of years and experience. She trusts their better judgment. She loves her parents and is loyal to trusting their love of her. She knows that they will make the decision that best befits her long-term and overall happiness. She shows her respect by submission and trust in their ultimate decision.

Okay. NOW let’s get out the dictionary and define the word on the piece of paper that my student is still holding…

hu·mil·i·ty (noun) the quality or condition of being humble; modest opinion or estimate of one’s own importance, rank, etc. a lack of false pride; freedom from pride and arrogance; An act of submission or courtesy.

So where do we take this as a culture and as a nation? Well, the truth is, while I’m great at isolating problems (aren’t we all?), solutions are never as simple. And even if I had one, neither would I be allowed to provide something so easy. For just as with the definition, it would be stealing something to give away the answer. We owe it to ourselves to allow and embrace the struggle, for only through that process can we ultimately claim full ownership of the resulting revelation.

So what we did with our students was simply ask them to hold the word in their minds.

To see where it would take them.

For I think as individuals we have to do this first, as it is only in our collection, that we become a nation.

Perhaps it sounds like a funny recipe: to just “hold” the word in our consciousness. But as I learned from my favorite childhood storybook, “Stone Soup” – sometimes the best way to start is to just put a rock in the pot and then add as you may; stewing and stirring and building upon your stone ’till the soup starts to smell good. Perhaps even forgetting, in the process, with what (now irrelevant) intention we may have started.

In any case. Humility is the rock in my pot and I now have two weeks trekking in the Himalayas to stew on it. So do be patient with me as this post feels like it’s only at a simmer and still missing some key ingredients. Maybe I’ll find them growing in the mountains? In the meantime, will you just help me by holding this stone for a minute?