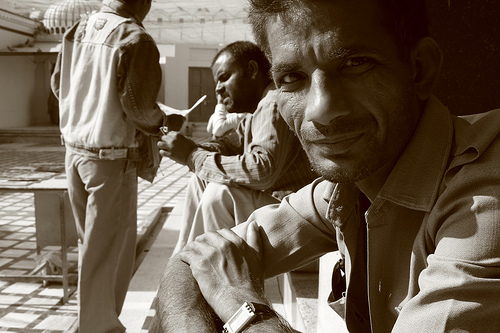 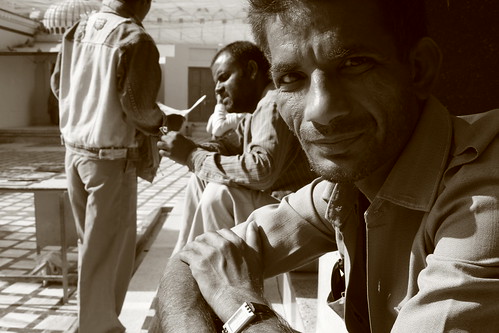 This has been the longest year of my life.

I realize this entirely now upon touching down in India.  For while I feel this country to be at least be a few emotional Christmas’ distant, I count on my fingers to the realization that I was last here, less than three months ago. Not a single holiday in between.

I’m trying to shake the fog of my time hangover, but it’s difficult when Delhi is covered in what the little weather box on the front of the India Times, which is normally the happy home of clip art yellow suns and frowning clouds, calls “smoke.” On that same front page, there is also an article on the worrisome blanket of “smog” that has tucked the city deep into a seasonless sleep. The author worries about the “Beijing effect” on a set of games planned in Delhi for 2010. I worry more about the 30% increase in complaints of congestion and burning eyes and ponder a new communist environmental disease that will level Delhi by discriminating against neither caste or class. And having never seen a blue sky in Delhi, I begin to wonder if human beings foster their short term memories, safely, for the purpose of forge-ahead acceptance? But those are just the insomniac thoughts of girl shrugging off a 12 hour time difference by sleeping 16 erratic hours in a room with a broken window but no light.

At some point in those rough 16 hours, the hotel receptionist knocks on my door to remind me, kindly, to eat. And for this alone, I forgive India all her environmental faults and, with a hand over my heart, pledge to cherish her people and culture till death do us part. India’s respect for the all-healing quality of food and concern for its guests (who by all Indian religions, are regarded as none less than tiny incarnations of God) rank the highest in the world. Respecting the kind prompt, I crawl the four flights of stairs to the rooftop restaurant. No other worldly cuisine pleases my tastes more, and as I say a tiny prayer of total gratitude over my single dish of maatar paneer and zeera rice, I look down and for the first time realize that Indian food is never meant to be eaten alone. Multiple dishes are meant to be served and communally dispersed and enjoyed. Cuisine that promotes sharing, family, service and community? Obama would be pressed for a better motto. And so while I proceed with eating my meal entirely wrong, I still do so with heightened respect and intention.

Ready to retreat right back into bed, I venture out into the street briefly to find a replacement for the tube of toothpaste that I left on my sink in the States. At the nearest pharmacy/everything shop (the most common of India street stands) I request a few toiletries and turn the rusty crank on my old Hindi. After our tiny chat, the shop owner sizes up own newfound 30-second friendship, puts a wait-one-minute finger into the air, and disappears into the back of the shop. When he returns, he removes the tube of toothpaste that I have chosen and paid for, and replaces it with another. It’s the same mark and size, but the replacement tube comes with a free toothbrush attached to the box, and the shopkeeper steps back a little and offers a smile with his gift to me. I almost don’t catch it. I almost push the toothbrush back at him with the insistence that I have no need for an extra toothbrush. But I catch myself just in time. It’s a gift. Not only has he decided not to rip me off (for something for which I’ve already paid), but he’s offering me a free commodity in a country where commodities are generally needed and never rejected. So instead, I appropriately and generously thank him. To which he says, “Yes! Same price! But with a toothbrush! Very good, yes?!”

Very good indeed. Okay. Story time over. A little light seems to be seeping through my broken window and it’s time for me to get out of this room and explore the day. I also need to re-explain myself to the receptionist who reminded me to eat. When he communicated his worry that I had been sleeping all day, I tried to explain to him the half-day time difference between the US and India and, in my exhaust, wrongly communicated that, “in the US, we sleep all day.” To which, of course, he just nodded kindly. Oh, what would we do without the curiosity and compassion that cultural miscommunications breed? The world would be a boring place indeed.