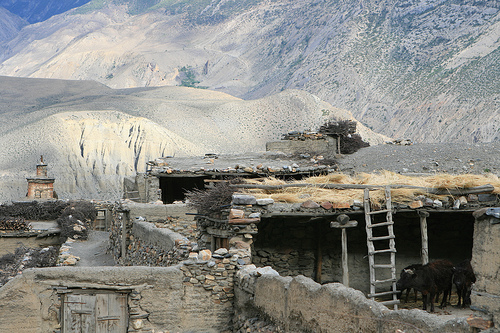 Opening the book on our adventures in the Dolpa (rural Nepal) is as intimidating as the 17,000 foot passes we crossed to get there. Just look at a single page of my notes!

So instead of hesitating any longer, I’m just going to open and type.

Scared, exhausted, breathless, hungry, sore, cold and wet, on the first week of our pilgrimage in the Dolpa, I woke up early and as Sangeetha took to her morning ritual of flicking at the beads of water that accumulated into breaking dams on the low roof of our tiny tent, I scribbled into my journal the following:

THESE are the adventures of Kavita and Sangeetha in the Dolpa of rural Nepal.

Names, dates, times, heights, distances and places cannot be confirmed as such numerals and characters have little value when that to which they are respective does not exist. Let it suffice that such measures, here, change with the wind, waning moon and a timeless culture’s mood.

My name is Kavita. Kavita means, “poem” in Hindi. The name was given to me by a man born a shepherd of the Ladakhi North Indian plateau, at the summit of a pass in the Himalayas as a gift to crown the acceptance of the path of adventures that would ultimately lead to this one. On that same cliff of life crossroads, I, curiously, kicked not one, but two, copper horseshoes.

Upon finding my first phone, weeks later, I called my best friend and told her of my decision to follow my open-ended whim in South Asia. She replied, “then I’m coming too” and so I sent to her, by way of messenger, the second copper horseshoe. 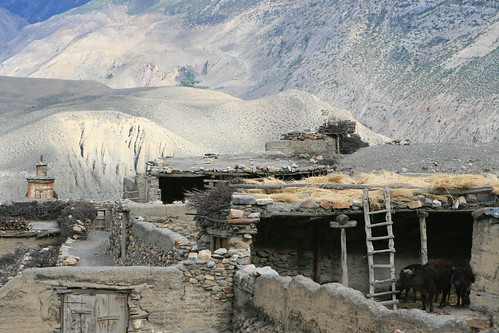 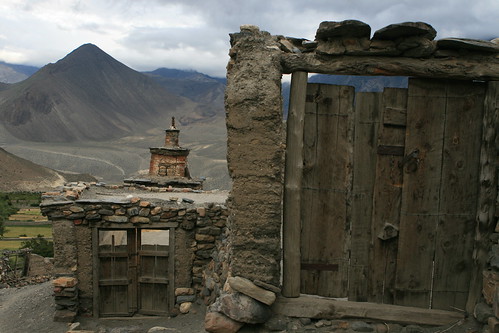 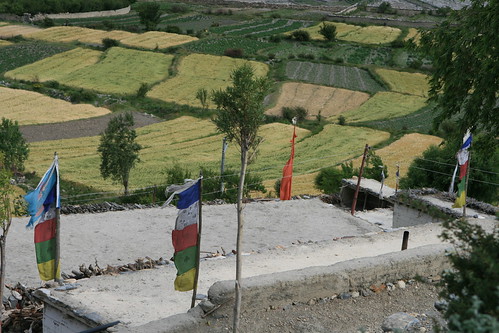 Fall, winter and spring pass before we find ourselves reunited in the smooth clay underground room of an attending Tibetan family in a tiny and ancient village in rural Nepal. My friend is sitting cross-legged and wide-eyed at the underground world of which she has so suddenly entered. She keeps trying to bow lower than the dark, wrinkled man holding a prayer mala (rosary) and chanting mantras (Buddhist prayers) beneath his smile, for whom she has an unnamed source of reverent respect.

I enter the smoke-filled room and Sonam Tashi, our Tibetan ponyman, looks up with his perennial smile, just as he snaps a set of new batteries into an aged radio (and only medium of this otherwise communication-less world).

“SANGEET!” he shouts, as his arms, inflated by enthusiasm, rise into the air.

As I cross the room to my seat on the richly carpeted clay bench, I do a little line dance in my best impersonation of traditional Tibetan dance as I have seen it. Our small audience laughs in surprise, claps to the beat, and, finally, applauds my short act. Finding my seat next to my friend, she asks of me, “What did Sonam Tashi shout?”

“Sangeet. It’s Hindi and Nepali for, “music.” That’s it! That’s your name! Sangeetha!”

For it was only a day ago that my friend charmed an entire bus of local passengers waiting on a cliff ledge (for a secret amount of time) with the guitar she had struggled to bring half way around the globe to this moment. As she sang and strummed on the muddy step of the bus, a beautiful Punjabi boy in a pink turban snapped his fingers, gyrated his hips and thrust his arms about in animated poses of what he claimed to be his culture’s traditional dance. 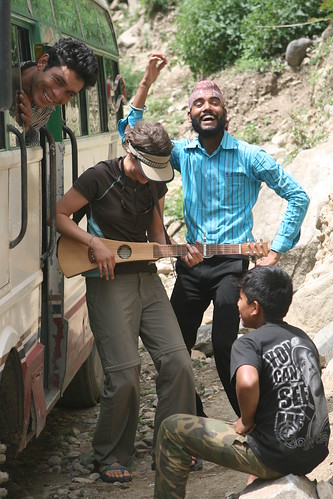 The name is perfect, and thus are born the adventures of Kavita and Sangeetha. 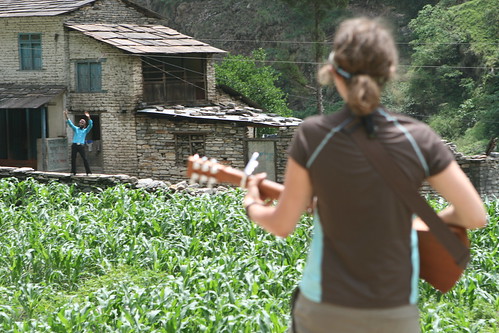