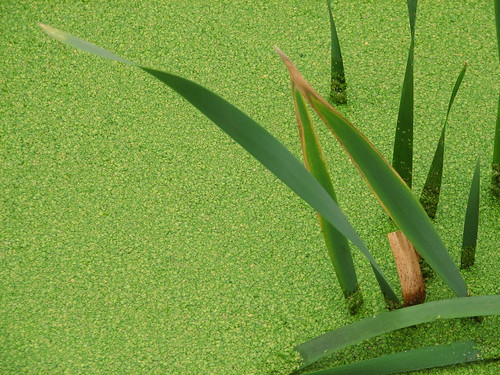 Having made my tracks on only the whiff of whim, I find myself once again looking up to the clouds for the source of the fairy dust on my shoulders. My books all tell me, “You define your reality,” but I wonder too many times a day, “Am I really capable of this kind of creativity?”

I look around my room right now in attempt to capture what exactly IS the essence of that defined reality. Should we start with the books on my nightstand? For this pile always seems to be reflective of where my priorities and pursuits are stacked:

“A People’s History of the United States” Howard Zinn,

“The Nature of the New Mind” J Krishnamurti

“Be As You Are” The Teachings of Sri Ramana Maharshi

“The Story of My Experiments with Truth” M.K.Gandhi

I read them all at the same time. How I picked up this habit, I’m not sure. But the more books I concurrently read, the more I recognize how curiously their messages concur.

The last book, I would say, is probably the pepper in today’s leafy salad of living. I picked it off my roommate’s shelf last night and put it down (finished) this morning while still fanning the heat of its implications from my mouth. When the spice was soothed, I grabbed my favorite Peruvian Albaca sweater from the coat rack and tossed it to my roommate.

“I love this sweater! Are you giving it to me? But WHY?”

Although I’ve been vegetarian for almost four years, I’ve never had any “good” reason other than feeling “intuitively inclined” towards the lifestyle choice. But in India I was re-introduced to the principle of “Ahimsa” (a Sanskrit term that means the practice of “non-violence” or “non-harming” as the path to compassionate living). I say re-introduced because although I had never heard the word, somewhere inside of me it had always been defined, even if officially unnamed. (And now that I furrow my brow over it I realize that such are all the greatest omens on my path; Not so much DIS-covered, as they are UN-covered.)

So I lifted the top off the pot and found Ahimsa inside. It was one of those, “ah ha!” moments; “So THIS is why I’m vegetarian. Because I understand all sentient life to be interconnected and cannot, either directly or indirectly, cause harm to another living creature and still live with Integrity.”

I had always known that I’ve never had, in these hands, the power to take another life. (Although I certainly paid henchmen to do exactly so for me for a couple dozen years.) But not for any means or end could I personally, with my own hands, ever kill a mouse, bird, fish, cat, dog, rabbit, chicken, deer, fox, wolf, bear, cougar, ox, cow, elephant, whale or butterfly. I have watched and seen that these creatures display such charm, wit, agility, beauty, intelligence and natural grace that I am humbled in my clumsy humanity.

Perhaps there is a natural order, but in my opinion it is not the hierarchy that our social institutions are so busy painting in all the history, religious and science text books for the purpose of justifying the exploitation of “lower” rungs by the elite (Are we really still talking about the food chain of “animals” here?). From my observations of life (and perhaps in particular from my mediations on the spider’s web) I have understood the natural order of life not to be hierarchical at all, but spherical in shape and motion. And my little node on this web is not only unique and powerful, but equal and interconnected to every other. Life is not for me to deliberate of whom it is worthy or not. It is only for me to respect as I do my own.

Exploitation is exploitation. Whether it be of animals, the Earth or of other humans. And I do not see an end to one without the others. For me to make a daily practice of Ahimsa and non-violence means that not only must I work to eliminate the overt and obvious, but also the discreet and indirect, violent and harming consequences of my living. And if want equality, I must begin by assuming it. This is how I’ve learned to materialize all my dreams; Just define the reality as I want it, and start living it.

For the last seven months I have explained (to the questioning) my Vegetarianism as a simple side effect of my practice of Ahimsa. And I even fancied my response unique until I opened “The Vegan Sourcebook” to its first chapter and read:

“The American Vegan Society published its first issue of Ahimsa magazine in May 1960. Each issue of Ahimsa delineates the six pillars of “the compassionate way.” Combining the first letter of each pillar spells out the word “AHIMSA”:

2. Harmlessness with reverence for life

3. Integrity of thought, word, and deed

5. Service to humanity, nature and creation

6. Advancement of understanding and truth

Well look at that. A whole crock-pot of others stewing on the exact same stuff.

Veganism has not only ethical, but deep spiritual roots!

And suddenly my Integrity, with a green-eyed glance at a new realm of conscience, pursed its lips, stomped its foot in my insides and said, “Vegetarianism just isn’t gonna cut it here anymore. If you think you’re gonna live with me, you’re gonna have to clean up your act and take more responsibility for this place!”

And who’s to fight with Integrity? I’ve learned from plenty of experience, that no matter how hard, wide or wild I swing, she places a single finger on my forehead and smiles patiently until I collapse in my own exhaustion of exertion.

And my Integrity yawned.

“Are you done with your little tantrum yet? Cause when you’re done beating yourself up, we’ve got work to do.”

So I surrendered. And the initial fight, having taken so much out of me, suddenly cleared the space for something new to sink in.

When I closed the book, there was no choice be made. For my decision to live as a Vegan, was not discovered, but UNcovered. It had been sitting inside of me, patiently, awaiting my arrival at its awareness.

And Integrity opened both her hands and smiled with a slight shake of her head, “Now see how I take care of you when we work together and walk in alignment on these matters?”