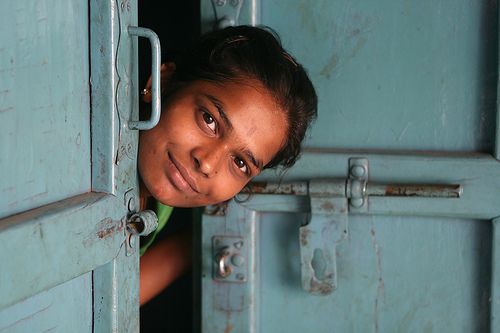 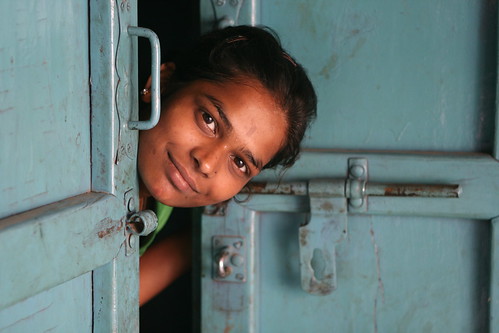 I find the inquiry funny for the fact that the question is, for others, as obscurely obvious as the answer, for me.

But I was asked this question three times this week and, only just, woke to the idea that perhaps it was not a rhetorical question; nor a bluff or joke to which my response of laughing made any sense or left the question less hanging.

So now I muster my grin and giggle and tap my lips with my fingers and wonder how to answer the question.

My first response is defensive: That’s like answering, “Describe that upon which you base your faith.” or “How do you commune with God?”; the answer is so personal and intuitively understood that it is actually a shame, and certainly poetic insult, to even try to nail of box of words around it.

My second response is personal: I’m not a particularly courageous or brave or strong person. Perhaps exactly the opposite. For when an idea or intuition enters my head, as soon as it exists, and I know on all subconscious levels that it’s right – then everything in my being that is not in alignment with that idea, begins to die. A seed of anti-dream cancer is sown and slowly begins to spread through my body, and I, being a particularly sensitive creature to anti-dream cancer and finely attuned to the slow wilt of my soul, am left with no other option. So that’s one of my secrets: that I am less brave than I am afraid of my own slow suicide. Making such a huge life decision (such as to stay in India) was a simple act of self-preservation.

My third response will appeal to the practical people as much as a person like me can. It’s a two-fold answer with an accordion of like unknowns that I imagine will be revealed as we stretch out the intestine of time and see what lies hidden within my future. But right now, on my fifth trip to India in a three-year span, the two words that sum up my awe of this country are, “divine chaos.” Yes. It’s the same two words that I worked into a quote that somehow found its way onto a greeting card. And everyone should know that I found those words, and understood those words, and borrowed those words, from no where else in the world, but India. I can promise you that any person who has been to India, be they a detester or lover (usually the two predominant categories) will smile at the charm and recognize exactly those features, in the face of India.

And what is divine chaos? It’s an arranged marriage. It’s a train ride in a sleeper car. It’s the colors of a sari. It’s a haggle in the market. It’s a Bollywood movie. It’s the most polluted and sacred river in the world; Ganga-ji, and the fresh-water dolphins and flesh-eating turtles that swim within it. Divine chaos is the interaction between beggers and givers in the streets. It’s the making of a samosa. It’s Kali; the goddess of both destruction and birth. It’s the mantra chanting of a fire puja. It’s the construction of a road. It’s a sacred cow chewing up plastic bags. It’s a yogi standing on his head. It’s a Muslim and Hindu living next door to each other. It’s the process of silencing the mind. Divine chaos is both the flavor of a steaming chai and the swirls that are left in the cup at the bottom of it.

Divine chaos is not the choice between right and wrong, black and white, as some have wrongly interpreted the greeting card quote. Divine chaos is exactly the opposite. It’s the non-dualistic notion that opposites do not oppose, but complement, and by simply refocusing perspectives to either micro or macro or stepping into the shoes of the other, it will be shown that there is always a pattern, always an order, always an organization of such intricate conception that it could only be divinely inspired. But divine chaos is not the process of constantly refocusing the lens and testing those formulas and outcomes of science, but the bliss of bearing witness to, and having faith in, the pattern itself and marveling the magic and enchantment from which such experiments always befall.