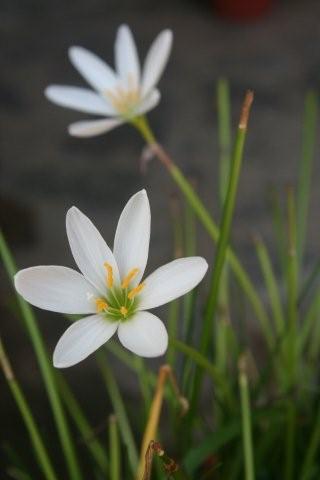 Well it appears I’ve attempted to climb, just beyond my body’s reach; I fainted, for the first time in my life, in a Bangkok dentist office today.

The stupid part is that it was bound to happen and ALL my self-neglected fault. I’ve had fever for three days. Barely eaten anything. And as the detox center, in which I have a reservation for next week, sent strict instructions to eat only raw fruits and vegetables as part of my pre-fast, I’d only subsisted on salads since my temperature went down. This all on top of a night of insomnia where I spent multiple midnight hours researching the effects of “silver” (ie. mercury) fillings in teeth.

By the way, my advice is to NOT get ANY new metal (amalgam) fillings in your teeth. The stuff is already well on it’s way to illegality in a handful of the most respectable (in terms of consumer rights) Europeans countries and EVEN the FDA (for whom I haven’t an inch of trust) has updated its website THIS month, with a drastic change from a decades-old-stance defending the safety of analgam fillings, to reflect a suddenly new (precautionary?) neutrality on the issue (in light of new studies about to hit press?). It even went so far as to issue a new warning on the toxicity of amalgam (a metal mix which contains mercury) fillings. Okay. I’m the village idiot on dental care. But don’t they call in something equivalent to SWAT teams when a mercury thermometer breaks in a school? So just whose idiot idea was it to drill the stuff into the recesses of our TEETH? Well, if you have a mouthful of the metal, you can join me on the highly toxic band wagon. I’m not racing to get it all out (as that reportedly releases even more of the toxic metal into your system), but I’m going to slowly make the switch over, starting tomorrow, assuming I don’t fall into another fainting spell. Anyway. You can do the research yourself and make your own decision. I found Wikipedia to be the most updated source of info, links, and references:
http://en.wikipedia.org/wiki/Dental_amalgam_controversy.

So the notches inching up my fainting ladder already include ill health, starved stomach and American corporate conspiracy nightmares. And on the last rung, is my general dentist/doctor anxiety. I don’t actually remember the story myself, but my older sister reports it as follows: “Mom had sent me out to the car to get something. When I reentered the hospital, I heard this kid screaming bloody murder, and I walked down the hall and was petrified to enter into the very room at the source of the violent wailing to find out it was none other that my little sister, you.” The only thing I remember, in my dramatized 6-something-year old memory, is being held down by what seemed a baseball team of nurses, equipped with bat-sized syringes. In reality, it was probably one nurse with a TB test prick. But nonetheless, every time I receive a shot (and given my global travels, you can rightly guess that my yellow card is long), I have to brief the attending nurse with this disclaimer: “I’m not afraid. And I know it won’t hurt. And I’ve never passed out. But every time I do this, my hearing and sight wane. So take what precautions you should.” They usually lie me down next to a can of some sticky soda, and all is well.

Well, with no needle in sight, I forgot to brief the sweet Thai nurses of my uncontrolled response to the proximity of medical tools. And it was just a matter of bad timing that they had both disappeared behind the protective x-ray shield and were unable to hear my weak plea of…

And that’s the last thing I remember before swirling blue images and a lot of rushing and sweeping-like sounds, all strangely reminiscent of a peyote trip I once took in Ecuador (but no one caught me when I fell, so god knows what got knocked around). And, then, clear as crystal, a voice in my head, practically hysterical with laughter, saying…”You fainted! You totally fainted! Wow. Look at all those faces looking at you. Had you any idea how many people worked in this office? Hey. They look really concerned. Say something to them. Say something to them. You’re freaking them out. You better say something. What’s this? Cinnamon smelling salts? Ummmmmmmm. That smells nice! Hey, look at that, you’re coming to!”

To whom I attribute that totally conscious and wry voice of reason, I have yet to discover.

But that’s my story of the day.