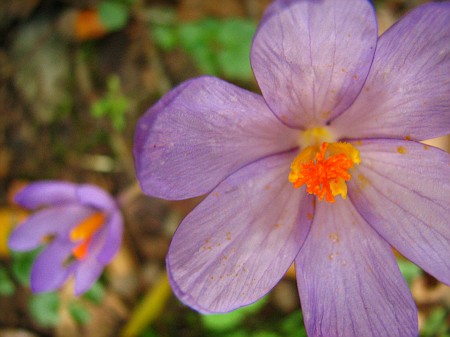 Call it a block, but I just haven’t any will to write. I’ve returned to the blinking cursor no less then twelve times today and begun fifteen different sentences that I deleted before I came to a period. And I’ve bitten my lip and fingers in frustration of my fruitless mental dig for a single carrot to hold over and entice my fingers to type. But nothing! Not that the content isn’t there. Because it is. I see the story on the other side and I’m standing in front of the bridge. But something in me just won’t budge on taking the steps necessary to cross. So I surrender. I’ve certainly seen my life to be an undulating wave of giving and receiving, acting and waiting, phases. And I suppose it’s time for me to just sit on the bank of these thoughts and let what wants to surface, surface. And what wants to sit, sit. My sudden case of shyness is nothing to worry about or take personally. All week, I’ve been quick to turn every inquirer’s question around as fast as proposed, and even my father is accusing me of “hiding something.” But I don’t think it is so much hiding, as it is holding. It was my nature as a child to hide the small sacred charms I found or was given. I would find a secret spot: a hole in a stuffed animal, a knot in a tree stump, the bottom of the old sewing chest, a forgotten drawer in the garage, and stash my small find to be treasured in silent moments when I found the time to slip away from playmates and siblings. I can only guess this is what I’m doing: hoarding my experiences, revisiting them in silent spaces, touching them to make sure they’re real and fondling the fact that they belong to me. Although my loyal and high self-standard striving self would like to deliver a few self-inflicted mental bruises for not “coming through when due,” it equally respects the rule of, first, following ones own advice. And so, instead of “dancing on tables,” I’m going to “sit in the corner and be shy” on this one; Breathing. Forgiving. Embracing. And just being fine with it. 🙂
(Visited 38 times, 1 visits today)