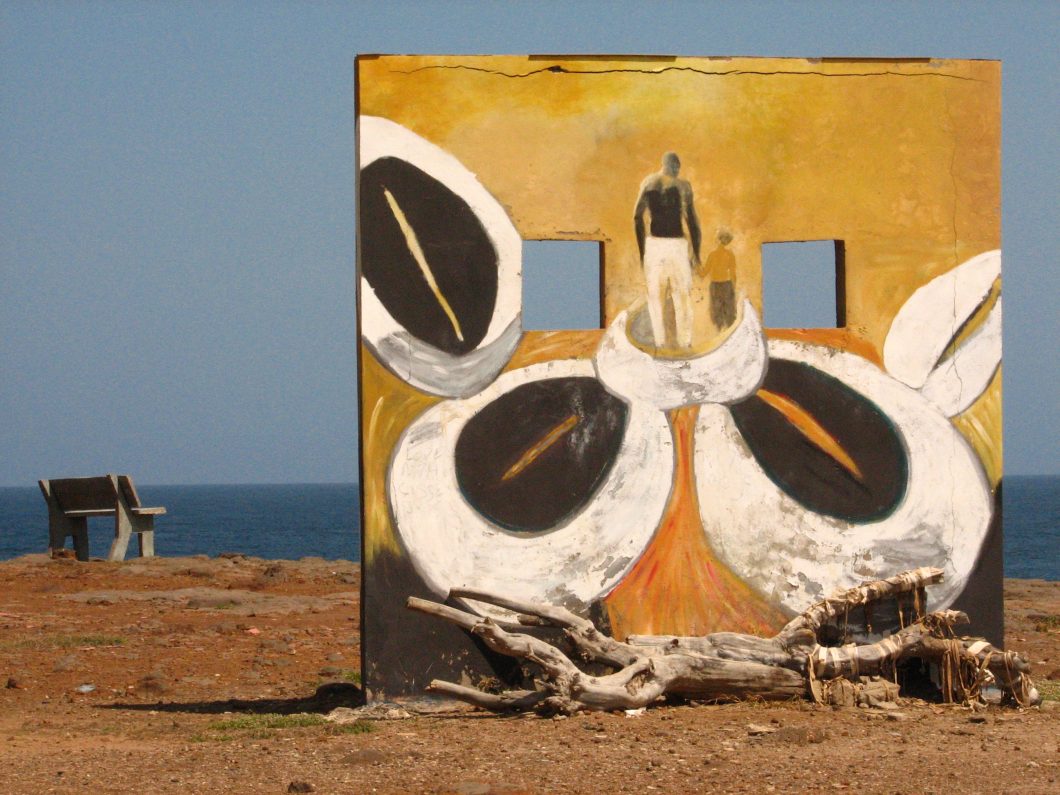 Now I pulled this same idiot move in Guatemala when I spent a day working at a coffee finca and was baffled by the red and green candy-colored skins masking my coffee-shop bean incognito.

Again, I have no excuse except for unadulterated ignorance. Perhaps I was misled by the airs of that top-hat-ed, cane-tapping, Mr. Peanut, who looked down at me through that funny one-eyed looking glass from the TV. Perhaps he was rather happy to bury that part of his history, now living the American dream of pulling himself from the working-class earth and earning himself the prestige of a truly refined peanut. I don’t know. I wasn’t expecting peanuts to tap dance out of the bushes, but I just didn’t expect them to be uprooted from the earth either.

But they there were. A more petite and varied version with each shell distinctively claiming its own separate space and style. Some holding the double curve of two nuts, but just as many proud to claim only one, And none afraid to protrude in any way out of whatever could be construed as, “ordinary.” Have even the nuts in my country subscribed to unquestioned conformity? Am I reading too much into my peanuts? Perhaps.

I squat, observe, and easily tug a few nuts from the root. I roll them in my hand and then look up, to my hosts, for permission to investigate with a third sense.

Now which is more ridiculous: that this white girl has traveled from her country of *purported* milk and honey and asked to work in the fields, that she didn’t know a peanut field when she was standing in the middle of one, or that she’s asking for permission to eat a nut she picked herself from the Earth? Do I have to continue to describe the faces contorted in questions of absurdity?

So put whatever expression you’d like on their faces as they witness and realize that it’s the first time this silly toubab ever seen or tasted a raw peanut. And if you also were fooled by the costume of our American ambassador Mr. Peanut, you too should know that a raw peanut has green undertones and is a little chalky on the tongue, but is just as tasty in its un-roasted form. I bite. I chew. I hum my delight. My hosts, in turn, briefly smile their happiness with my approval of their humble and naked nut, but this game is ridiculous and over and it’s time to get to work. I’m handed the shovel.

I don’t get to use the shovel long. It was a test. And I failed. I tried to mimic the sweeping motion that the younger boy was modeling, but there is clearly experience-earned skills that the expert has mastered in order to not slide deep enough under the earth to expend extra effort but sweep low enough to clear the roots and not damage the shells – like I am doing.

After 15 minutes, the older man sighs heavily and takes the shovel from me. He indicates that I am to take his job of rounding up the scratchy bushes into nice organized mounds while pulling out all the weeds and vines belonging to anything other than the peanuts. This, is quite a task at first; my eyes blind to the discrete details defining one from another. But slowly I begin to recognize the jagged shape of a leaf, the tiny thorns, the soft felt of a vine, or the darker shade of green; all cues that identify the invaders of the field from the harvest.

In this way I sift, and sort, and bundle; every hour passed proving further my durability and earning the soft and curious respect of my hosts till finally the older man comes over and claps me on the back and shouts in Wolof to the younger boy.

The boy smiles and translates to me, “He says you work HARD for a woman.”