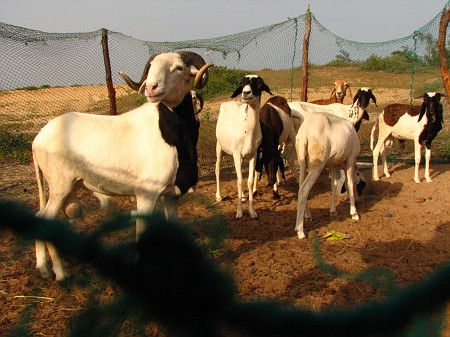 A “sept place” taxi is called, “seven places” for the most obvious reason: it has seven seats for passengers; two rows in the back seating three to each and space for one riding shotgun.

The taxi’s exact time of departure is when the seventh passenger has paid his portion of the fare, squeezed himself over the middle row of passengers and positioned himself into the fetal position required of the middle seat in the back row.

But we’re not there yet. I’m the third passenger – which means I’ve assured myself two things: a coveted window seat and a considerable wait. The four we are waiting for could be sipping milk tea at home or even still in bed. They are due anytime between now and nightfall and so I sigh, rest my two elbows against the hood of the taxi, and relax my posture into a stance of patience. I take this opportunity to stare back at those staring at me.

Mbouille has given me fair warning of the man who’s claimed the seat next to mine, “He speaks a little English; I hope he won’t bother you too much.”

The man he referred to is now puckering his lips and squinting his eyes at me; real, imagined or projected, I feel myself raked over in a round of judgment. I pretend to ignore this intangible intrusion and focus on another man leaning casually against the taxi. He’s lean and tall with a delicate gaze; his eyes travel lightly over his surroundings — if touching, only gently so — and at all times keeping respectable distance.

I volley my eyes between the two men because I find my reactions to them to be surprisingly distinct; scrunching my eyebrows, then softening them, crossing my arms, then relaxing them, puckering my own lips, then relieving them, putting my chin up into the air, then cocking it crookedly with curiosity. How is it, that I can have such strong receptions to people with whom I haven’t yet even shared a word?

I often kick myself around for catching myself in the act of making exactly such snap judgments. And if the lean man were not providing such a stable reference point, I probably would have issued just such a humbling self-blow. But because both men are locals, I feel myself empowered by the observation that it may indeed extend beyond cultural misinterpretation that I feel distinctly different intuitive inclinations on how to maneuver the space between each.

The puckering man approaches me and I feel my arms cross themselves in a preemptive show of defense. Even though I’m conscious of it, I have no control over this reaction. I try to relax my arms but I can’t. I have only a second to confront my own body language and wonder who exactly, within me, is taking control before he interrupts this conversation…

“What’s your name? What country are you from? Are you married? Can you help me get a visa to your country?”

His approach is a standard one that I’ve encountered enough times to have learned not to take either too seriously or lightly. And normally I don’t lie about my marital status. It was actually a subliminal accident that my simple silver band found its way from my right to left hand ring finger. And perhaps because I’m in a predominantly Islamic country, I have become just enough less-approachable to make that ring comfortable there. (Quite fairly though, I move rings to the appropriate toes indicating the same marital status when I next go to India.)

Ever entertained by watching the language of other bodies, again I take note as my own repositions itself to face away from his. My eyes, reluctant to return investment in the continuation of the conversation, feign interest in the peanuts in a basket of a merchant.

The man looks around, looks at his watch, looks around again and continues, “why don’t you pay for the remaining spots in the taxi; you have money.”

Let me just say first, that I’m embarrassed of my reaction to this question; looking back upon it, and within the context of a culture where resources are continually shared and expected to be redistributed with fairness, this request might even make logical sense. After all, I do have money. Not by my standards. But certainly by a global standards. However, I give no credit to this thought at the time.

No. Instead, I get mad. Something about this man pushes my offensive button and I hear my voice raising as I do my best to string my (limited) French vocabulary into something mean, “What? What does that mean? Why do you say that? Do you think I am only money? You talk to me without respect. It’s terrible.”

He looks around the market, looks at me again, notices my cell phone for the first time, and says, “Give me your phone number.”

At this I throw up my arms, turn to the latest arrival and ask him if he would like my window seat, crawl into taxi, slam the door closed, and retreat to the corner of the back seat.

My parents will recognize this girl easily, for I have resorted to my door-slamming, 16-year old self. It’s an embarrassing fit, of which I pull my hat down over my face in recall.

The lean man — who has witnessed this whole show and still reclines against the taxi – smiles with amusement. He reaches into his pocket, extends his hand to me through the window and offers me a stick of gum. He scrunches up his nose with a half smile, and with a single shake of his head, instructs me to blow it off.

I relax, take the gum, smile my appreciation and follow his wise advice.

I do recognize that I’m going to need to pick up the pace on this story as it’s still sunrise and this taxi rides till 10:00pm.