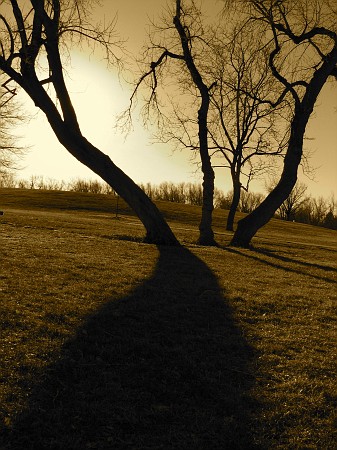 “No more satisfying work than work with no purpose.” – Rumi

To build a sandcastle right in the face of an oncoming tide. To climb a tree that I must eventually come down. To write with rhyme but without reason. To walk without a destination. To let my imagination wander through realities undefined. Isn’t the sentence that ends in a question mark ever more interesting than that which ends in a period?

Someone wrote me recently and asked, “But what are you looking for?”

I answered; “I just like the way magic and mystery unravel when I’m chasing the yarn ball of life.”

He didn’t like my answer; told me that I either do not know, or am refusing to share, my real objective. Ironically enough, I thought my response was about as close to brilliance as I’ve ever gotten.

To my mind comes the image of a cat, flickering its tail, watching the ball out of the corner of its eye, waiting, in time-ignorant anticipation, for the perfect moment to pounce. The ball itself is lifeless on its own, but innately full of potential and animated by only the enthusiastic will of the cat to bring it to life. This is my life. I tackle it. And in return, we engage in exhilarating and exciting play.

Is there an objective in my life? Yes. I think there is. And I bet it’s a very important objective. Do I know what that objective is? Hell no. Do I know better than to try and plan a route to an unidentified goal?

A long time ago, I had a life plan. I had a timeline plotted with little dots and slashes slotting space for my courtship, engagement, marriage, first and second child, work, and retirement. The only thing I forgot to put at the end of that little line — was death. And then one day, thanks to some armed men in the jungle of Guatemala, I had a near death experience. Near death experiences, by the way, have gotten a very undeserving bad rap. In defense of the indicted, I would just like to say that my encounter with Death was my best date yet (and not just because I got lucky). On that day, two parallel worlds crossed; one where I escaped and one where I didn’t. I may have been graced with an opening along the safe path, but I carry that parallel world in my pocket, which is where I want always to carry Death; rubbing right up against the skin of my vitality.

On that day, I took my timeline, looked at it curiously for a long time, marked “death” with a small dark dot at the end, turned the graph upside down, erased everything that followed it and reviewed the new representation with content. I don’t think life is a sentence that ends with the exclamation point, question mark or period of Death. Rather, I think it drops off with a dot, dot, seed. Like a sapling sprouting from the decomposition of its predecessor, I believe that our potential springs from our very rot. (I bite my lip on the potential for a perfect political metaphor referring to our government’s current state as a piling heap of…) From funk to fertilizer; now isn’t that a nice equation? Sure makes life easier when I remember that for every inch I fall, I’m given an extra inch to grow. This is why, to the hushing and discouragement of many around me, I always say, “Do whatever you want with your life.” If you need to cheat and steal to learn about Truth, then take to the mall with your dirty five-finger discount. The thing about life is that its laws are universal and its lessons indiscriminate. Newton made it his third law. Buddha called it karma. Bruce Willis calls it revenge. The Bible says we reap of it what we sow. Sol says, “play with a ball of string and you very well might get tied up, but half the fun is in getting knotted up, and the other half is in straightening it out.” My point is simple; Instead of walking the line, I think it’s time to tackle and get entangled in life — no matter how messy it gets.

But this leads me to the other more daring, dangerous and rousing half of Rumi’s rhyme…

“No better love than love with no object.”

I’m still rolling around on this one so I’ll save my rambling ponder on it for next week.