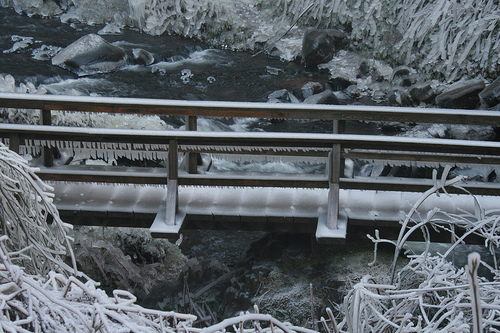 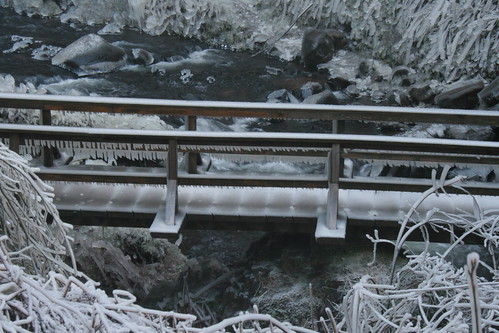 An hour passes by in minutes before the stranger and I finally inhale from our excited conversation when we are alerted, via a passerby, that the bus we were waiting for has stopped running. We laugh, swap names and numbers, hug and make a tentative date for me to shadow him (as a union organizer and activist) in the near future.

The boy throwing poi in the park is the most talented I’ve ever seen spin on any of the beaches on the five continents I’ve visited. I approach him, tell him so, and we pledge to find a plot of grass and time where, as his poi-disciple, he might share a few of the secrets to his skills. Before I have a chance to do so, he salutes me with, “namaste.”

Despite my reluctance to miss a night of salsa, I ditch my dancing plans because someone whom I’ve never met (via this site) has emailed me a note with the final (of three) omens indicating that I must attend a talk that night by a Swiss mystic named Manuel Schoch at Naropa University. After the class, a student of Manuel asks me if I’ll be attending the entire weekend workshop. When I tell him I can’t afford it, he tells me to speak with the director himself who, after hearing my story, puts his arm around me and says, “You just come. And tell anyone that tries to stop you to talk to me.” On the last day of the course Manuel “reads in my aura” a very powerful secret of my self-understanding that I have always known, but only with the help of his talented fingers of insight, was plucked and brought to the front of my consciousness.

Waiting at the bus station, I am composing in my head the prior post about “loving to be alone” when a gentle man that I recognize as being somehow mentally disabled approaches me. He speech is slurred due to an illness but I know that it is not as important for me to understand as it is for me to listen. And so I give him my full eye contact and attention. I can’t comprehend most of what he says but neither do his sentences have to string together in any perfect order for me to understand that it’s a story of his illness, of his father dying, and of his brother reluctantly taking over the care for him. For some reason, his last sentence is unexplainably coherent; “No one wants to be friends with a sick man; My life is very lonely.” I immediately recognize the impeccable timing of this message. Waving goodbye to my kind messenger from my bus, I bow down my arrogance and raise my gratitude to the blessing that, in my life, loneliness is a choice.

Despite the fact that I sometimes like to deny my connection to this country, the abundance of messengers and magic that I continue to find on a daily basis confirm that I have chosen, and walk, the correct path. Although my intuition nods with unclaimed certainty that I will spend a majority of the next few decades abroad, I know that one day, as is the natural progression of any personal myth, my walk will graduate and I will end where I began. And although I am still only a freshman at the school of life, having returned “home” for a short holiday break, I have equally fresh appreciation and hope for my future courses and they wind not only “away,” but intertwine my experiences and existences of “here” and “there” until there is no distinction between the three; as is the final examination in Quality of Presence that, as a perpetual student (too), I pursue.