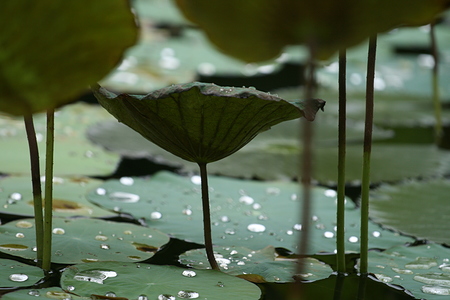 So originally I thought to document a day-by-day account of my rollercoaster ride on the detox train. But as anyone who ventures on an extended cleanse quickly discovers: this is hardly a log ride on Splash Mountain were the participants all experience the same dips, soaks and screams at the same time. Quite the contrary and much more like a marathon, each is on her own individual adventure of fasting highs and lows, hills and dips, all of which are easily empathized but never identically experienced by the faster running in front, behind or next to her.

So instead, I’m going to tackle the mysterious lingo of which I, initially, eavesdropped upon and eventually added to my own dictionary through the process of direct experience. That way I’m not presenting a recipe, but only the ingredients, allowing each to himself to sort out his own way of putting it all together.

Detox: Now anyone who has walked through an airport terminal or supermarket checkout counter has probably noticed this word making regular appearances on the faces and front pages of our nations least reputable reporting network; the tabloids. So let us first DISPEL the myth propelled by our favorite socialite and celebrity icons that a detox is:

1. An easy ticket for anorexics to legitimize eating disorders.

2. A weekend vacation from a regular scene and schedule of party drugs.

3. Proof for the judge that one is, “cleaning up,” and doesn’t need to serve time.

4. A standard stop, before the tailor, on the way to the Emmy’s.

Yes. It IS a “secret of the (skinny) stars” to check into a five-star California-based detox center. But while the staff at such a center may assist with, and even clean up after, colonics (which, please, any earth-grounded human being should be quite capable of doing him/herself), they can never assure the “right intention” of the guest, which may be why just as often/quickly as we hear headlines of celebrities checking INTO a detox center, we hear news of them, “breaking out.”

Back in my days of irrationally fearing colonics, I asked of the Wellness Centers’ staff, “but what is natural about pushing 5 gallons of coffee through the end of your body that is made only for exits?”

And the answer, I had to admit, was good:

“It’s not natural. But neither is the diet of modern man. If we humans ate as our bodies intended, a diet comprised of mostly raw and organic vegetables, fruits, nuts, seeds and even, moderately, meats, then there would be no need for cleansing. But what is natural about the pesticides, medicines, hormones, preservatives and the other chemicals that the 21st century human being ingests, thrice-plus, daily? Nothing. And what the human body cannot process, it stores by lodging itself, conveniently, in the crevasses of our bodies, particularly in our intestines. What a colonic is doing is nothing more than helping to clean out the dump of unnatural toxins we have already accumulated in our bodies. Cleansing is how we get our bodies BACK to a “natural” state.”

Yes. That’s a good answer. But even better is their final disclaimer:

“Listen. We don’t want to tell you anything. We want you to both question and figure it out for yourself. And there’s only one way to do that.”

Ah. A direct hit on the nail-head of one of my favorite life mantras: “learn through direct experience.”

Detoxification, ultimately, is a word directly linked and respective to what a person has already ingested; it’s a personal interpretation. And for that reason I have to leave the definition of “detox” up to each individual and his/her direct experience of it.

Don’t worry. The rest of the terms have a lot less outlets than the intersection that the word, “detox” just ran me in. 🙂