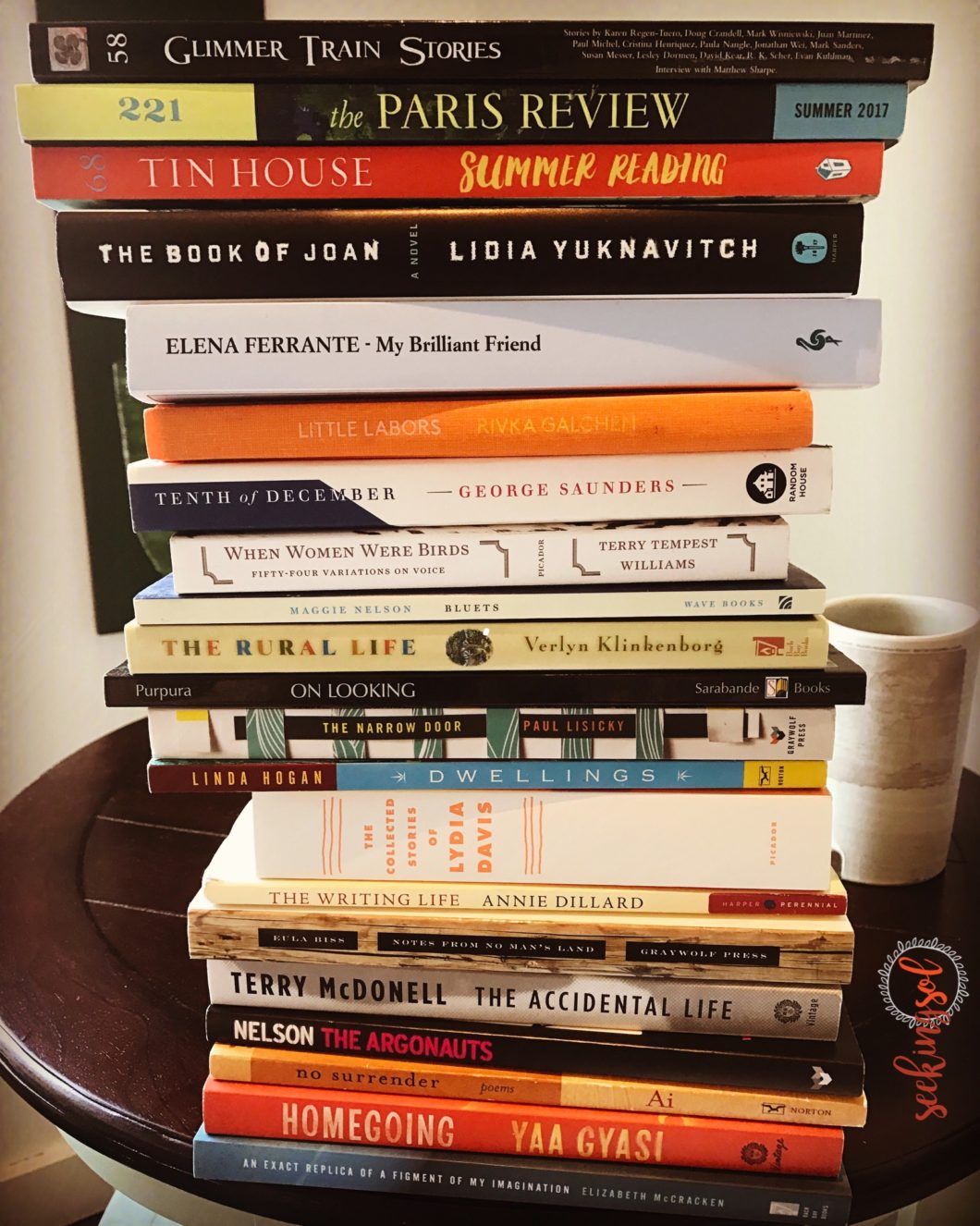 You might have noticed some plumes of odd activity around this site. My Instagram feed is being fed a regular diet of photos from albums previously buried by outdated technology. Tiny urls are pointing to posts in the archives. Excerpts are being dusted off or left in their terrible early-2000 glory. Something’s happening and let me explain.

First, it got dark. Allusions to the mournful state of my country aside, the sun is literally going down earlier, and thank god. I haven’t been in the mood for summer since November 9th, 2017. But I’ve found in this darkness a place to write. Like a real seat, right on my couch, where I cuddle with my laptop for an hour before sunrise. At precisely 7:15, my first child tiptoes up the stairs knowing that he can find his mother under a soft blanket where he can capture her undivided attention for at least 15-minutes before morning chores or the 2nd child call. But this hidden hour of the day feels like breathing to me. So I’ve been writing. In fact, I’ve been writing a lot.

Second, our family is revving up for 4-months abroad. I know. Not as long as I originally planned or wanted. But Trump really threw me into an identity crisis. And into a new job title in which a a sub-headline of my responsibilities includes: Activism Platform. Nothing is okay in our country. And I can’t just walk away. Yet.

Third, I’ve been making serious craft-study moves. Basically, I’ve been touring the writing workshop circuit and drinking way too much light roast coffee at Lighthouse and WritingbyWriters and Corporeal Writing. And taking furious notes under precise writing-craft instruction from Lidia Yuknavich, Pam Houston, Sarah Manguso, Andre Dubus III and Lindsey Drager. And I will soon even surround myself with redwoods and fellow writing nerds via a short writing residency at the Wellstone Center. When I am not writing, I’m eating books for breakfast, lunch, and dinner. The picture is of my night table.

Fourth, I’m submitting pieces for publication. The truth is that I returned to writing almost two years ago. But I’m told I can’t just go posting all my crappy first drafts on my blog if I want to (try to) publish polished versions later. So I’ve been hoarding everything I’ve written in the last two years. And yes, it feels like treason. The good news is that once I’m rejected about 100 times on a particular piece, I’ll just go ahead and post it here. Yeah, that’s the good news. Apparently this publishing stuff is humbling stuff. Which I guess I’m always into. I suppose if you are some mysterious longtime fan with pockets full of publishing contacts, feel free to email me to collaborate or pitch a topic.

But in the meantime, I’ve got a spot on the couch and a new writing rhythm. Some of my prompted free-write material and lists of travel tips aren’t really suited for publishing anyway, so I’ll be posting them. I have a few writing retreats lined up in two countries and family travels to more.  So I hesitate to say it. But I think I’m back.

Anyone remember when I wrote “7 Years of Movement; 7 Years of Stillness” in 2008?

Another 7 years of tying it all together?