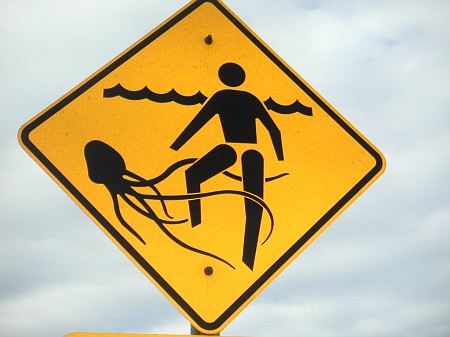 Me? Travel without a digital camera? Like a fish outta watter, I choked on the views until I got to Sydney and *re*purchased the Dimage X for a tidy $150 US more than I paid for it in the States. This is, specifically, the 9th digital camera I’ve owned in the last four years; 3 upgraded to better cams, 2 stolen from bandits, 1 returned to the company, 1 broken in a monsoon, and 1 removed at gunpoint.

Sydney, Sydney, Sydney. A little love affair that I’ve promised my soul a return to. Just need a little patience to allow the universe to conspire to bring me back. And THEN I’ll give my full report. For now: Sydney, Byron Bay & Brisbane: The First Photo Round of the OZ Album

On the immigration entrance cards for every country there is a spot where you are to write in your “occupation.” Having had to fill out over 25 of these cards over the last two years, and in the name of boredom, creativity AND confusion (after all, what DO I do?), I’ve grown quite comfortable with writing in “magician” into that space. Of course, most immigration officials never call me on it. But…

…upon my entrance to Thailand, the attendant lifted his head and asked…”You’re in the entertainment industry?”

I, forgetting my mark, looked at him and replied, “excuse me?”

He held up the form and pointed to my hand written word “magician” in the occupation blank.

“It says here you are a magician. Are you a magician?” He repeated.

I smiled, tucked my right thumb into my fist and my left thumb under my forefinger, put them together and showed him my thumb splitting in half.

He looked at my thumb straight-faced, and then at me, shook his head, stamped my passport and called “NEXT!” to the person in line behind me.

Me and my thumbs made a quick exit.

The occupation blank on my Australian immigration form reads, “Alchemist.”