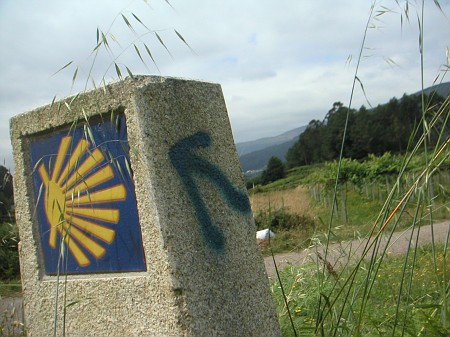 Ah yes. Don’t ever think for one second that I am never confused as to the direction of my call. Right at this very moment I’m in deep contemplation of choices that will result in a decision, made by the end of this blog, that will forever change the course of my life.

(But then again, which ones don’t?)

On June 18th, I have given my intention, but not necessarily my full commitment, to working as an English camp counsellor in Italy for June and July.

But there’s a small, BUT clear, beautiful and powerful voice inside (surely couldn’t be my own) that’s telling me I should let go of that commitment and free my future for something or someone I have yet to encounter.

Tough decision. A decision I have to make right now.

But just look at how that works! All I have to do is re-read what I just wrote and see that my choice is obvious. Sometimes ya just have to listen to/read yourself, huh.

As if on cue, Bob is promising me (over the stereo system) “everything’s gonna be alright.” Thanks Bob. I knew it. But it’s always good to know you’re on my side along with the rest of the universe.

Wow. That leaves me with an extra three months to walk the Camino and get PROPERLY lost in Spain.

I have this dreamy idea of finding some kind of work along the camino in one of those small pueblos that’s managed to avoid a label on the “Let´s Go” map. Somewhere where I could maybe learn a new trade, speak Spanish everyday, and interact on a regular basis will other people that have been called to make the pilgrimage. Dreamy huh?

But funny thing about dreams. Once they are conceived as a possibility, they exist. And then, if given some credit, some faith, a path presents itself. Of course there’s some dealing with the devil (who from my experience, seems to be the only guy that’s as misunderstood as the man that walked on water). Gotta sacrifice a little safety and trade some comfort for challenge. The sign on the dotted line is the first of many. And if they, and the other omens, are properly recognized and respected, the pleasures of the pursuit are enough to spin ya into a delightful dizzy. And then boom. You sit up one day. And the earth resettles with the realization. You’re livin´ the dream.

So I’m layin´it out. Proclaimin´ to the world my dreamy ideas.

And soon enough, we’ll hear what the world has got to say back. 😉