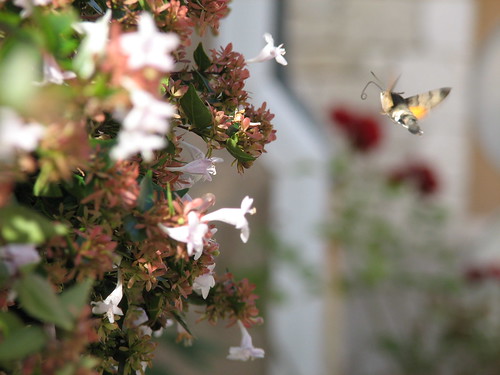 Once upon a time,
in the Caribbean waters on the coast of Honduras,
where the water and sky constantly compete in an indiscernible photo finish for the definition of turquoise,
I was working as a divemaster with a Swiss and an Australian boy.

One day,
about 100 feet under the sea,
in the corner of my peripheral vision,
I caught the two of them in an underwater fight.

Fins were being chased,
wetsuits grabbed,
masks snapped,
tanks yanked;
all in tango over some hand-sized treasure seized from the sand.

As we ascended,
large air bubbles bottled my laughs and sent them to the ocean top,
as I watched my two friends somersault over each other in the acrobats of pursuit and play, that only underwater weightlessness permits.
Forgetting my roughhousing comrades as I un-buoyed the boat,
their tangled tantrum of enthusiasm tumbled its way back toward me with shared shouts of delight:

I immediately saw that the umbilical cord between the two had been cut,
by some definite, if unsatisfactory, result,
when each pulled from a sleeve of his wetsuit,
a fragment of that which they’d spent the entire underwater session in tryst over.

As they produced the two halves of the treasure,
and recognized the broken beauty of that which could not have been shared complete,
one reached over to the other,
smacked him across the back of the head and said,

“Look what you did! I can’t believe you broke it!”

While the smack was being returned with a matching slap and accusation,
I grabbed the two pieces before the boys began another battle, where blows weighted with gravity, would inevitably wield deeper bruises.

Taking the two pieces,
and matching the hems together as easily as corner puzzle pieces,
brought the attention and awe of the two boys back into alignment…

“Look!” one shouts, “at the fine inscriptions, the delicate handiwork!!!”

“Yes!” the other echos, “Do you think is an ancient Mayan artifact? It must be!”

Indeed,
the most perfectly symmetrical flower is stitched seamlessly across this ornate piece.
And by an equally divine hand, the fine design was obviously devised.

But I cannot hold back any longer,
and one small air bubble of a giggle breaks….

The boys’ eyes narrow at me in suspicion,
and I know well enough to be gentle not to pop this spell of wonder.

I shake off the smile,
and quite seriously tell them the story of a creature I know well,
but which has quite evidently evaded the closer shores of their own homelands.

They pass the flowered piece of pottery between the two….

Time passes,
and as as is the effect of all explanations,
the Wonder sadly wears off.

The two boys stash their respective pieces back under the sleeves of their wetsuits and one thumps the other over the back of the head and says, “Yeah. Just a sand dollar.”

I distance myself from the re-initiated game of brotherly tumble,
and myself marvel at the magic which something
– anything –
simply unknown,
can inspire.

Today.
I am reminded of this story;
As I spent a full fancy hour dancing around a bush,
Chasing the curious little creature captured in the picture above.
Wings faster than a humming bird,
Body with more dimension than any bug I’ve ever encountered…
For the measure of my enchantment,
It was Tinkerbell herself.

Later,
I passed this photo around the dinner table,
to which her recognition was met with indifferent shrugs.
Apparently a common apparition in Southern France she is.

But still unnamed,
by any with whom I shared her description and vision,
“Tinkerbell”,
in my Walking Fairy Tale,
She’ll continue to be.