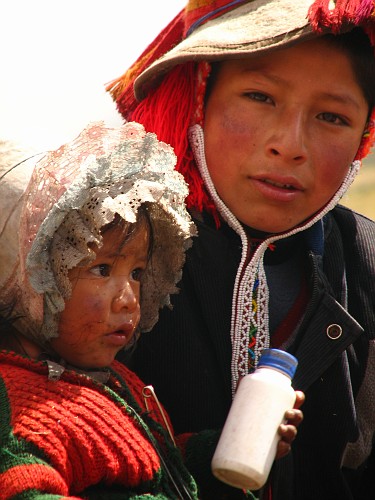 “Oh! It’s just so beautiful! To live in this amazing valley, pulling your meals from your garden, surrounded by your extended family, breathing fresh Andes air with views of glaciated peaks out your windows, all while living so close to the ground and sky at the same time!” I sigh wistfully with this exclamation to which Javier responds plainly….

In fact I do have a tendency to taste things sweeter and see things rosier – so I appreciate being called out on my naïve fancying of my own imagination.

Javier and I are slowly climbing a hill to scout the water reservoir that is our group’s task to restore. While by no means an old man or needing it, Javier is walking with a wooden cane – and the added tap that slowly counts our steps imparts an essence of added wisdom to his words….

“Yes, it’s beautiful and easy to romanticize, but life here is not easy. Not at all. Life can be simple and healthy and good like you’ve described it, but it’s also very susceptible. A simple illness can fester into something terminal quickly. And just imagine what any, even small, natural disaster would do to this village. In the case of any emergency, there is no back up, no support, no reserves. And things get very serious, very fast.”

I remember that 54% of Peru lives below the, “poverty line.” But I still don’t understand how a poverty line was designated by dollars when the same majority harvests most of its meals from their own fields and trades, from the same, for many of their other needed provisions. And I wonder how one measures “wealth” without taking into consideration the value of mental stability, a strong sense of community, and a fostered connection with nature. Not from any statistics, but only from my personal experience in rural villages in places like Fiji, India, Guatemala and Peru, I have found in these modest little one-room homes – more warmth, love, respect, support and mental health, than I’ve ever witnessed in an insured and pantry-stocked, six-bedroom house on my block, back home, in upper-class America.

But I also agree with Javier, because I too have seen the quickly cascading effects of minor or major emergencies. I’ve seen monsoons leave families homeless, and epidemics leave children parentless, and droughts leave families childless. And I’ve seen these refugees, of both catastrophes and wars, left with no other option, but to migrate to the squatter communities out-skirting major cities. And it is these communities, cities of the displaced, that I fear – where the “poverty line” is calculable and defined. Where those who have been removed from their land, culture, family, community and everything that they know, are left to struggle on the fringe of a foreign city-culture that is measured in currencies, and exchanged in languages, they don’t understand. It’s this “urban third world” to which thousands migrate from their small villages every single day in Africa, Asia and Latin America, chased by one or another natural disaster, political turf squabble or war-related violence. It’s in these places, where 600,000 million people have been left and live right now, unprotected and prone to extreme pollution in their environment, gangs and organized crime to define their sense of community, and no one to represent or respect their rights as human beings. As Javier has indicated, it’s a fine line to walk and not romanticize. This village, as most its size and population, is only an epidemic, mudslide or earthquake away from evacuation or extermination – the two often, in the end, being the same.

The sound of Javier’s cane slowly and soundly tapping the ground brings me back from the spiral of hope and fear in which I just spun out. I feel for the earth below my feet again and scout the horizon in order to ease my mind back into a malleable form.

As we climb the hill, we see that the digging has already begun in preparation for the new water piping system. Our group will pick up this work, and I begin to get very excited for the manual labor; digging and moving stones has never sounded like such a blissful exercise. Lacking other steps to take, and even though they are small, they are footsteps in the right direction of buffering the “fine line” in order to protect this village from the emergencies that constantly endanger.