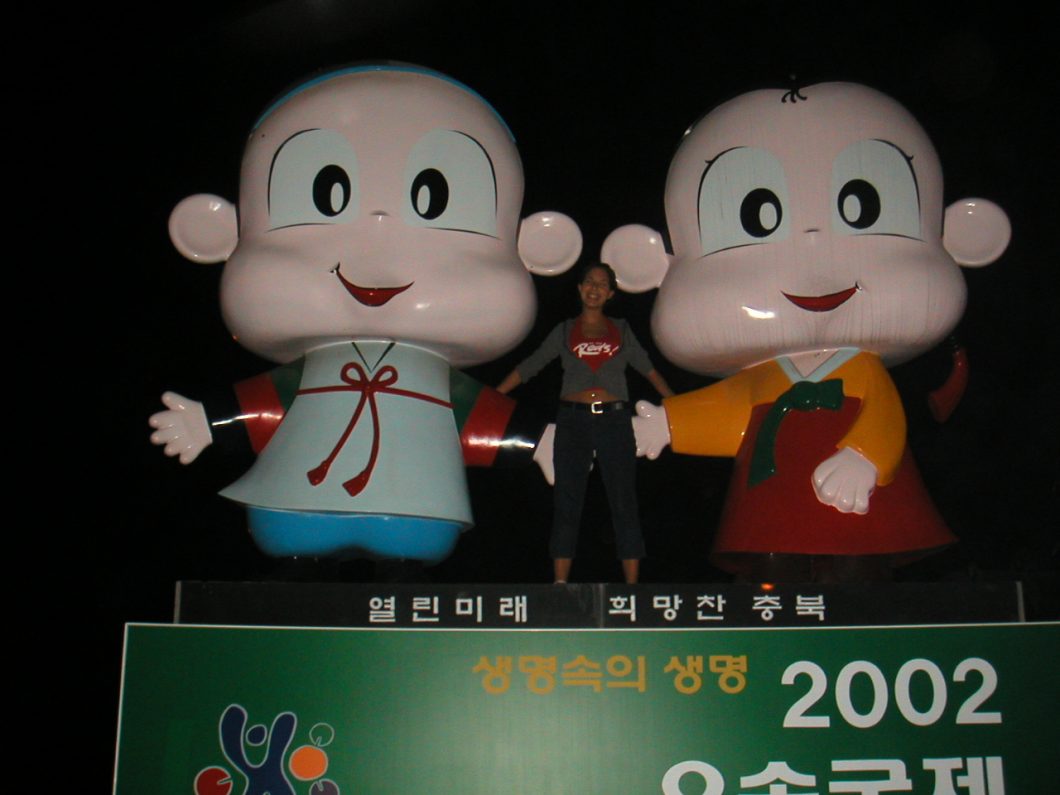 Excerpt from My Korean-English Translation Dictionary

American Dream Academy: Actual name of a camp in South Korea that recruits naive American college graduates to create, organize and facilitate the activities and academic curriculum of 200-500 eleven thru thirteen year-olds. In-the-dark-recruitees quickly realize that if they don¡¯t run the camp – no one will. In the case that there are hard-working, creative and initiative-taking individuals within the group, these persons will conceptualize and create all camp activities, buy all sports equipment, plan and prepare all art projects, write up all academic curriculum and organize the general rotation of activities/classes of the camp for 14 hours a day, six days a week. Although initial frustration is unavoidable on the part of the recruitees, the satisfaction of successfully attacking and completing the mission is like a glass of icy lemonade in the shade of a heat wave.

(Site of the American Dream Academy)

Nap Time: In the wake of a S. Korean heat wave, 200 hot kids become 200 sleepy kids. When the little darlings failed to lift their heavy heads after ¡°heads up 7 up¡± was called, suspicion arose. When they remained in such comatose positioning after repeated shaking and whistle blowing, the ¡°big wigs¡± (see definition below) were shocked into action at such an atrocious act of disrespect in Asian classroom culture. 1.5 hours of ¡°nap time¡± were instantly incorporated into the schedule – and it is only in thanks to this blessed break that this blog comes to you.

Big Wigs: Any Korean male on campus, over the age of 50, who lacks the ability to mumble a single syllable of English, and who¡¯s only evident job (according to American teachers) is that of spending hours hunting down and swatting flies. In their *24 hours of* free time, their favorite hobby appears to be lurking over the shoulder of female American teachers using the computer in their office where all their *fly-swatting* duties are carried out. Based on the observed head-to-floor bowing that is made in their presence, it is safe to assume that these men have obnoxious amounts of money and authority.

¡°Millhouse¡±: 1. The next-door neighbor of fictional anime character Bart Simpson. 2. One of many unlucky ¡°English names¡± bestowed upon an 11-year old Korean boy who happens to be a student in the class of two 25-year old American boys.

Kim Chi: Cabbage (and sometimes other mixed raw veggies) marinated or pickled in a Korean chili paste. Absolute staple of the Korean diet. Served at breakfast, lunch and dinner. Nominated as ¡°favorite food¡± by over 30% of Korean kids. The subject of 60% of jokes made by American teachers. After a week of camp, it is highly likely that starvation will become preferable to another serving of sticky rice and ¡°Camp Style¡± Kim Chi.

Breakfast: The one meal a day teachers are provided with in ¡°American style.¡±

Kindness: Taken to mind boggling levels by the Korean people. The following three examples all took place within the same three hours on an outing to Seoul (tied for the 3rd largest city in the world): 1. While lost, trying to find our hostel, pulling out maps and looking confused, a Korean woman who spoke English approached us and insisted on helping. She looked at our directions, found a phone number for the hostel, called the owner, got directions and actually tried to walk us ALL the way there. 2. After we insisted that we could walk the blocks alone and progressed in the correction direction, a man stopped us. He was the owner of the hostel and was looking for us to make sure we were on the right track. 3. Upon slicing her foot after a courageous escape from a dare (see above definition) a man who noticed the blood on our companion, escorted us to a drug store, insisted on bandaging the faulty foot and paying for the supplies. He then took us to a restaurant, bought us a round of beer and appetizers, told us stories for an hour, paid the bill, gave us his phone number, took a bow and disappeared.

Hooker Hill: Perhaps the dirtiest and most dangerous street in Intaewon, Seoul. Location of the LAST room available to travelers who arrive in town at 10pm on a Saturday night. Lined with young and old Korean girls making propositions in limited and well rehearsed English to American military personnel.

(Me & Nick Hookering on Hooker Hill)

American Military Personnel on Hooker Hill: Gangs of highly intoxicated men in American flag t-shirts and cowboy hats, slurring return propositions at the hookers while throwing empty glass beer bottles down the hill. The only time I feared for my immediate safely in S. Korea. The most horrendous ¡°Ugly American¡± spectacle I have ever witnessed. Possible the most embarrassed I¡¯ve ever felt to be an ¡°American.¡±

Chlorine: Undefined in the Korean dictionary until the swimming pool turned unnatural shades of green and had to be drained and refilled TWICE. After repeated and adamant requests on the part of the American counselors, the chemical was admitted into both the dictionary AND the pool. (yea!)

Karaoke: An absolute undying passion of the Korean young folk. So much that a machine (TV & Microphone) is located in the hotel, in the gym and EVEN in the school BUS. An important note is that Koreans are considerable better at this activity. It took 15 minutes for 200 kids to pull 20 chair-hugging English counselors onto the stage. Strangely enough, after only one performance of ¡°I¡¯m a Barbie Girl Living in a Barbie World¡± there was no encore or additional musical requests of the Americans.

*** New pictures were added to the KOREA Photogallery this week.***