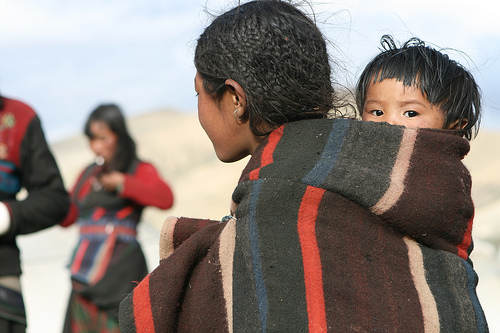 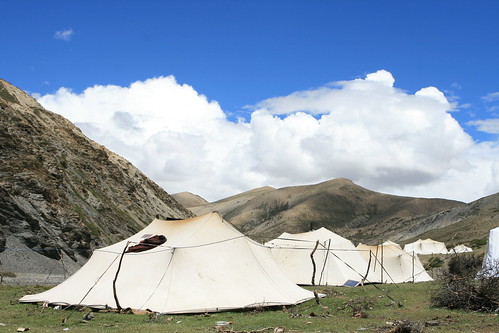 How can almost a year have flown while my words still stumble?

It’s a messy thing. Catching the processing of experiences down to something real, that happened, while at the same catching experience up to something, well, describable.

I hold the photo in my hand and wonder, without it, what evidence would I have? 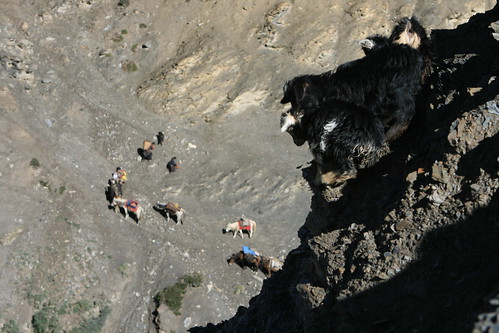 Oh yes! A journal. Let me see here. Let’s see if this brings anything back…

In black pen I’ve squared a box that says, “18th,” supposing, at the time and wrongly, that at the very least, of this trip, I’d remember the month. Ha!

Anyway. There are bullet points:

* We stop at a goat and sheep herder’s tent, fold our legs and huddle in. We break and share Chinese military cookies, cook noodles and accept or reject, endless cups of salty butter tea. 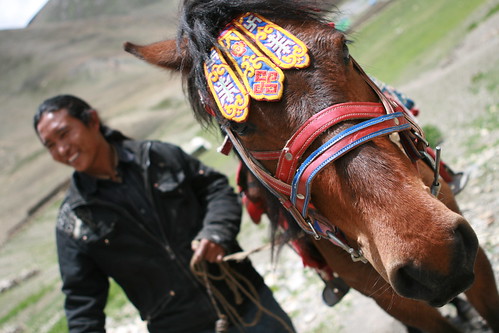 * When we walk again, we collide like a creek into a stream heading downriver, and become part of a train of young and colorful pilgrims. Mothers with babies in baskets. Men with red ribbons on ponies. Young boys, as always, self-entertaining with sticks and stones, as they stumble along behind. 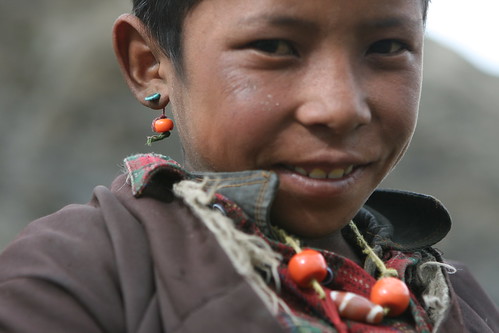 *One boy watches me carefully. I’ve fallen behind my group and I can see he’s concerned with how I’ll cross the river on my own. In a sagging, leather-belted and weathered jacket lined with animal fur, with a dangling earring of turquoise and coral, he approaches me. With childlike disregard for our obvious difference, he speaks fast and fluently in Tibetan, never doubting that I might not return the same. When I only smile in response, his world, for the first time, widens to contain more than one language. Finally, he points to my pony crew and motions for me to follow him over a carefully chosen course of river stones. 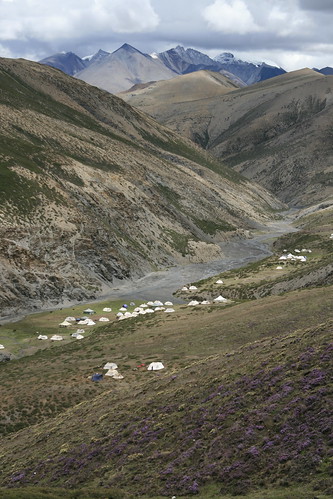 * We pop up our tiny tent. An orange American dot in a sky of Tibetan clouds. 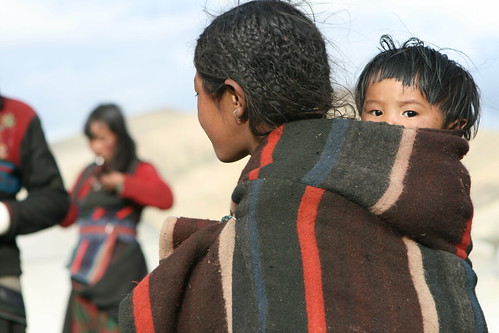 * Children play. Adolescents flirt. Some are fighting. Some are fleeing. All in what I gather to be a rare event of permission to tumble, unsupervised, with each other. There’s a lot a grooming going on. 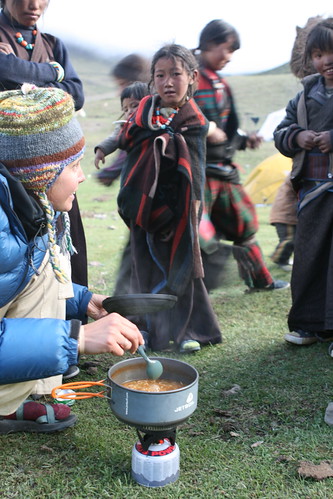 * We make soup on a propane burner underneath an audiences’ hushed and cross-cultural murmur of, “magic.” 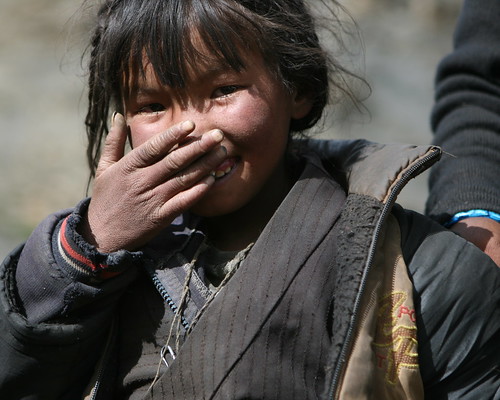 * We make tea, and in answer to the pointing fingers, we dip a spoon in honey and drip a slow drool across a dozen fingers. Eyes and smiles light up to the universal language of sugar.

* I make the mistake of sharing my sweet biscuit with a small one, and as a rumor spreads of handouts, we slip underneath the zip of our tent. But it’s too late. The thumping of muddy boots ends at our door. A dozen tiny fingers and eyes start pulling at the corner of our tent. And even an arm or two manages to sneak in. Sangeetha freaks out. She yells for, “Gombu!” who is unusually talented at schooling unruly children. But he doesn’t hear or come. Instead a chorus from outside our tent picks up in the exact same tone of desperation, and in faux American accents, begins chanting…”Gombu! Gombu! Gombu!” 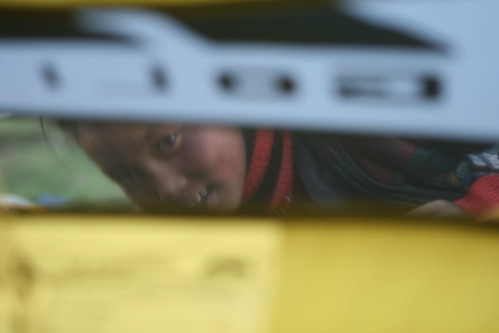 I try to lay down a game of Gin to secure parameters for our thoughts smaller that the walls of our tent. Thirty minutes later, we can still hear the new foreign word, in foreign intonations, being echoed off of Himalayan walls and returned with laughter….”Gombu! Gombu! Gombu!” 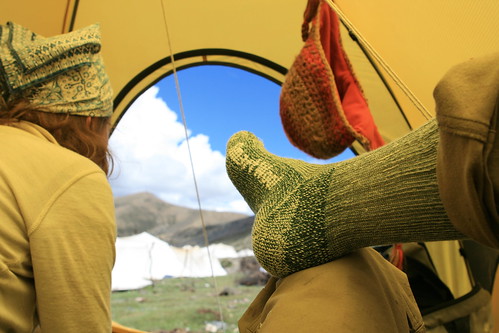