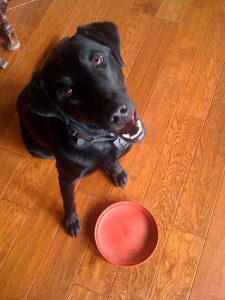 I miss my writing too.

But in the way that I miss and love my mom. Feeling grounded by the fact that she’s there. Yet not needing to live in a bedroom in her house.

But I do miss my writing. Where has it gone?

It’s been sprinkled into 1-inch holes in the ground, along with arugula and red poppies and chamomile and wheat grass.

It’s been crushing the Indian spices of cloves, cardamom, and lychee seed with  a mortar for a batch guest-welcoming  chai tea.

It’s been scribbling in dates of weddings, births, graduations into a calendar of family & friendly events long ignored.

It’s been writing out checks for banal things like health insurance that I can no longer risk not having.

It’s been intertwined in the knots of my hammock as I gather momentum for my swing by pushing off the aspen trees.

It’s been scrolling excitedly through news on the politics and peoples’ movements of a society I once shunned, but am finally free to rally.

It’s been wrapped around my lover’s hand through ten blissful hours of sleep each night.

It’s been gripped (rather tightly) around his waist, as well, on the back of ancient Yamaha.

It’s been folding laundry and other tasks which would be mundane if they weren’t, for me, still new and charming.

It’s been freeing 1500 live lady bugs into a garden in need of more predators to control a spider mite frenzy.

It’s been printing out photos and holding them up to the light, to look for memories that passed too fast, being all too back-to-back.

It’s been attached to wide arms wrapped around old and new friends from whom I’ve been gone too long.

It’s been stripping leaves off of Kale and into salads of organics in new found fresh food access I’ve only dreamed of.

It’s picked up the remote once a day to watch John Stewart reduce it all to what it is.

And it continues on bud watch, for the three on standby.

It’s trailed its fingers, from a canoe, in the waters of the windy green river, while naked women danced unabashed.

It’s tossed a lot of dry Rocky Mountain snow into the air like confetti, buried the lab while at it, laughing all and only to myself.

It’s crumbled manure onto hungry beds of wild flowers yet to show their appetite appeased.

It’s wrung itself to brace the pain of a cracked molar four years deep in nerve damage neglected.

It’s dug into roof tiles, crawling to the top of the house for a New York mountain range sunset.

And it probably spends too much time dancing on the face of my iPhone appeasing my inner tech geek in scout of the most exciting new app.

It’s unpacked boxes of things I scratch my head and can’t remember owning.

It’s marveled at the aspens and their evidence of the first consecutive seasons, in over ten years, I’ve witnessed passing.

From heavy green, to pure gold, then brown, soon after fallen,

Stick-like wearing only snow, to strings of seeds and bulging buds,

This week, sprouts of miniature young golden leaves aged to adolescence, in a day’s time, before my eyes.

I guess those are the places my writing has been.

And perhaps if my writing hadn’t been anywhere else, it would take no joy in the simplicity of what it’s doing.

But it’s been everywhere. It’s been all over the world. And thus it knows.

It’s happy right where it is.